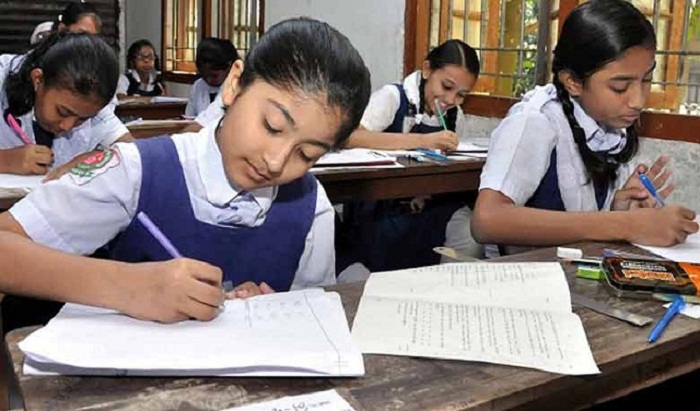 Junior School Certificate (JSC) and Junior Dakhil Certificate (JDC) examinations-2016 will begin across the country on November 1 with the participation of 24,12,775 examinees.

As many as 24,12,775 students from 28,761 educational institutions will appear in this year's examinations, Education Minister Nurul Islam Nahid told at a press briefing in the conference room of the Education Ministry here today.

Education Secretary Md Sohrab Hossain, senior officials of the ministry and chairmen of different education boards, among others, were present in the press briefing.

A total of 681 students from eight overseas centres will appear in the JSC examinations, he added

A total of 86,842 examinees have increased in the JSC and JDC examinations this year compared to the last year as 23,25933 candidates took part in 2015, the minister said while reading out his written speech at the press briefing.

"The JSC and JDC examinations will started from November 1 and end on 17 November. The results will be published within December 30," the education minister added.

He observed terminal examinations system at primary level and JSC and JDC examinations at junior secondary level significantly contributed to reducing dropout rate of the students.

Nahid said, "We have introduced JSC and JDC examination system for improving quality of education."

This examination system is encouraging students to remain in schools to get certificates, which will make them more enthusiastic about further continuing their studies."

Nahid said except Bangla second paper, English first paper and English second paper, examinations of all subjects at JSC and JDC level will be held under creative question paper this year.