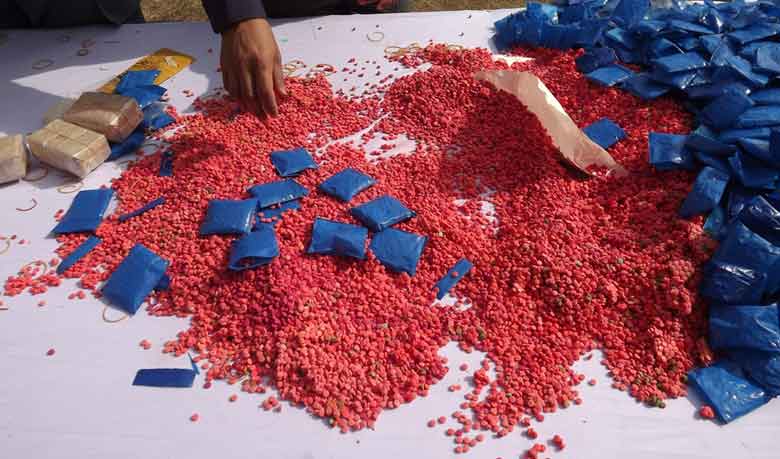 Home Minister Asaduzzaman Khan on Saturday asked Myanmar to take effective steps to uproot "yaba" factories in its territories saying Bangladesh appears to be a victim of the cross-border smuggling of the deadly drug.

"Despite the fact that drug is not produced in Bangladesh the people of the country are exposed to severe damage due to cross-border smuggling of drugs from the neighbouring country," he told a high level meeting of interior ministers of Indian Ocean region to counter drugs trafficking at the Sri Lankan capital of Colombo.

He said the drug traffickers were smuggling "yaba" to Bangladesh through the rugged frontiers of Chittagong region, close to Myanmar.

The minister, however, told the conference that Bangladesh adopted "zero tolerance policy" against drug smuggling and abuse.

"Our government is committed to control narcotic drugs in line with the United Nations Convention and the conventions of SAARC (South Asian Association for Regional Cooperation and BIMSTEC (Bay of Bengal Initiative for Multi-Sectoral Technical and Economic Cooperation) ," he said.

He urged all member states of the Indian Ocean region to counter drug trafficking and its abuse by taking coordinated efforts.

Yaba, which in Thai language means "crazy medicine" is also called as horse drug, which were administered to horses when pulling carts up steep hills and for other strenuous work while experts said it was made of methamphetamine and caffeine.

In recent years Bangladesh became a destination of Yaba, mainly smuggled from Myanmar, as it became popular drug among young people but doctors said in the long-term it causes decline of cognitive functions.

Tensions in recent years sparked repeatedly visibly over the yaba smuggling on Bangladesh-Myanmar borders in recent past when paramilitary border forces of the two countries mobilized extra troops on the frontiers.

With the assistance of the United Nations Office for Narcotics and Crime, Colombo hosts the conference with participation of home ministers of Bangladesh, Comoros, India, Iran, Madagascar, Mozambique, Seashells and Tanzania.

Officials familiar with the event said additionally, internal security and drug control agencies of Pakistan, Qatar and Mauritius are also taking part in the conference.