Former chief Huda for Election Commission reconstitution with 'opinions from all' 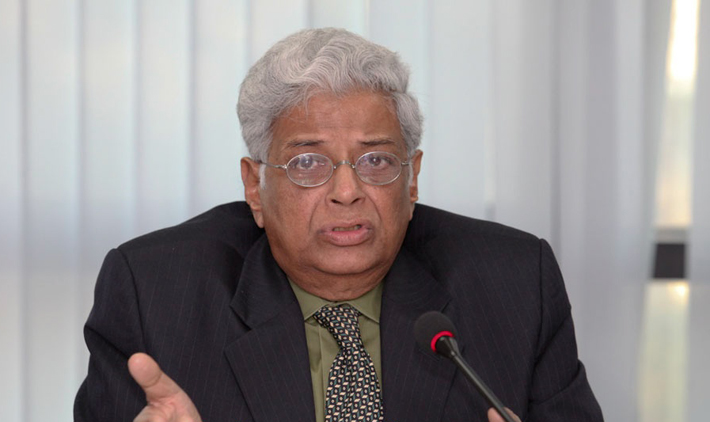 “The tenure of present Election Commission will expire in mid-February next. It’s essential to initiate the process of reconstitution of the EC right now if we want to form a strong one,” he said.

Noting that the Election Commission was reconstituted in 2012 within a very short time, the ex-CEC said, “If we form the search committee today, publish the names of potential commissioners tomorrow and appoint them the day after tomorrow then such eye-wash search committee will bring no benefit.”

He said any election without the participation of all parties must be a problematic one. “So, reconstitute the EC on the basis of all political parties and create an environment so that all parties will participate in it. If so, the fair election will be possible and no one will have the scope to raise the question about the election in case of suffering defeat.”

The immediate priority should be to reconstitute a strong EC with the person having competence, neutrality, and integrity for getting a good result to some extent, he said while addressing a ‘public parliament’ in the city on Saturday.

Debate for Democracy, a non-government organization working on democracy, arranged the public parliamentary debate on the role of Election Commission, candidates and people to arrange a fair Election’ at the auditorium of Bangladesh Film Development Corporation.

“I strongly believe there’re many competent persons in our country, who’re eligible for Election Commissioner’s post. Unfortunately, we don’t search them,” he said.

He said if the EC is formed right way, the commission will be able to recover its trust gap with political parties. “But, it won’t be possible if the participation of all political parties is not ensured. If one particular party plays the role in reconstituting the EC while other parties have no role, the EC will become controversial and polls will be questionable even though it arranges a fair election.”

In Bangladesh, it’s not possible to arrange fair election emphasizing a particular element such as EC. A strong EC cannot alone arrange a fair election as all elements, including political parties, administration and people are important here, Huda said.

The former CEC said when they were election commissioners (2007-2012), they proposed for staggered election to give more concentration in the arrangement of the polls in a fairer manner, but political parties did not support them due to lack of confidence.

The ex-CEC, however, said the EC in Bangladesh enjoys more power than that of India. “But we can’t arrange credible election like India.”

The former CEC said the EC has no special role or central role in arranging a fair election in many western countries, unlike Bangladesh.

In the US presidential election, the EC has no central role. US President Barack Obama engaged in the election campaign, which is not possible in Bangladesh as there are many restrictions during the electioneering here, he said.

Citing the example of Australia, he said there are no security men to protect polling stations there and people oversee the election amid enthusiasm. Tea and coffee can be entertained nearby the polling booth, which is restricted in Bangladesh.

Noting that a long-term plan is needed to build a fair electoral system in Bangladesh, Huda said it is essential to enact a law incorporating provision for qualifications and disqualifications and the terms and conditions for the election commissioners.