Coal to generate half of the electricity by 2022, says Nasrul 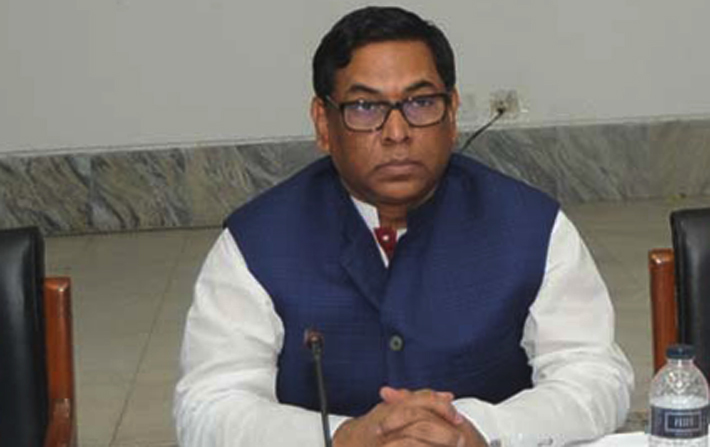 State minister for power and energy Nasrul Hamid has said coal was expected to be used to generate 50 percent of electricity by 2022. "Under the Power System Master Plan, coal would be the primary fuel for power generation," he told a roundtable titled 'Mega Project Debate, staged by Energy and Power, a specialized magazine for the energy sector, at CIRDAP auditorium in the capital city on Thursday.

Hamid added: "We expect coal to be used to generate 50 percent of electricity by 2022." He said currently the country has a reserve of 3,500 million metric tonnes of coal and even if 35 percent of the volume could be recovered that would be equivalent to 28 TCF gas.

Hamid alleged that the current campaign against the proposed coal-fired Rampal power plant was aimed to frustrate the government target to ensure energy security with a political motive designed by BNP and its crucial ally Bangladesh Jamaat-e-Islami. "The people spearheading the (anti-Rampal) campaign in the social media were found to be linked to BNP-Jamaat," he said.

Most experts who took part in the roundtable said that there was no scientific or technical basis of the campaign being carried out by different groups against the pant. Energy and Power's editor Mollah M Amzad Hossain chaired the roundtable where international energy expert engineer Khandkar Abdus Saleque Sufi presented the keynote paper.

In his keynote paper, Sufi said the government steps to protect Sundarbans while building the proposed coal-fired Ramal plant particularly regarding emission control and use of better quality coal satisfied him as an expert.

"A 275 meter tall chimney would be set up to knock down the last traces of particulate matters (while) superior quality of coal would be procured from Australia or Indonesia and transported to deep sea anchorage by Panamax or Supermax mother vessels," he said listing the major precautions to be taken to minimize the environmental risks of the project.

Sufi said the specially designed vessels would carry the imported coal to the plant site from the deep sea to be deposited to meet three months demand in specially built storehouses.

"It (the plant) would be a ultra-super critical power plant," he said adding that the plant was unlikely to harm the mangrove forest also because it would be located far away from the Sundarbans.

Hamid, on the other hand, said, alongside the coal, the government also put in its efforts to tap regional sources of conventional and renewable hydropower and "we planned to invest UD $1billion in the hydro electricity". "Some $ 40 billion would be required to implement mega projects in the power sector by 2021," he said adding investors from India, China, World Bank, ADB, JICA and KfW expressed their interest in investing in the energy and power sector.

He said the country needs Liquefied Natural Gas (LNG) 3,500 MMCCFD and Liquefied Petroleum Gas (LPG) would be supplied to households around 70 percent for the next three years. The Sundarbans area would not be affected by construction of the Ultra Super Critical Rampal coal-fired power plant, they claimed.