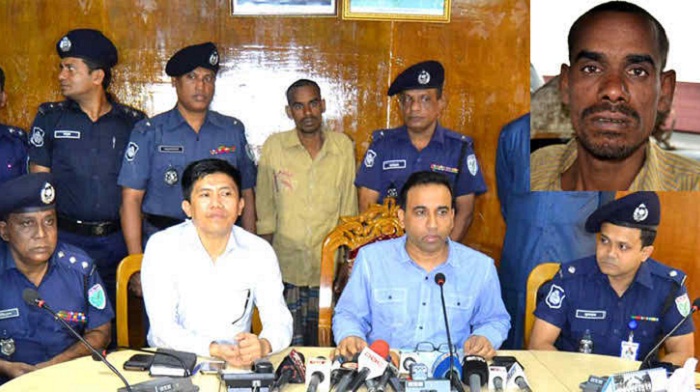 Satir Ali, who was arrested in connection with the killing of his two sons in Chintamoni village in Osmaninagar upazila, confessed to his crime before a Sylhet court on Thursday.

Senior Judicial Magistrate M Nazrul Islam recorded the statement of Satir Ali, 40, under section 164 of the Code of Criminal Procedure in the afternoon.

Satir told the court that he had beaten his two sons-- Masum and Rujel -- to death with a stick following a marital discord with his wife.

Locals caught Satir from the house of Montaj Ullah at Chintamoni village on Wednesday and handed him over to police.

Satir Ali along with his two sons -- Masum, 11, a Class-III student, and Rujel, 7 -- went out of their house on Monday afternoon to catch fish but did not return home.

After a hectic search, Satir’s wife Nurbi Begum along with locals found the bodies of the two siblings at Chintamoni haor (water body) in the evening and informed police.

Later, law enforcers rushed in and recovered the bodies.