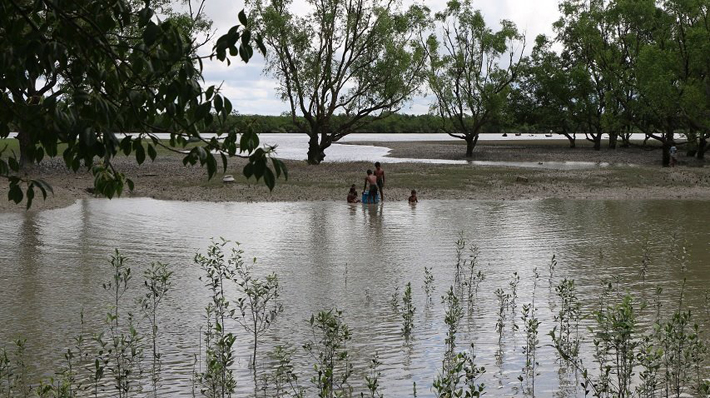 The countries stressed on extension of the Mangroves for the Future (MFF) initiative to promote investment in coastal ecosystem conservation for sustainable development.

Bangladesh and ten other countries from northern Indian Ocean region are considering the extension of an initiative to invest in coastal ecosystems. In a regional forum, Government and non-government representatives from Bangladesh, Cambodia, India, Indonesia, Maldives, Myanmar, Pakistan, Seychelles, Sri Lanka, Thailand and Viet Nam discussed extending the ‘Mangroves for the Future (MFF)’ initiative beyond 2018.

They spoke at 13th regional steering committee meeting held in Cox’s Bazar on October 25 and 26. The meeting, hosted by the Ministry of the Environment and Forests and MFF Bangladesh Secretariat also discussed to the initiative’s achievements since its launch in December 2006 in Thailand by US President Clinton after the unprecedented devastation by Tsunami. Since then the program is working for long-term recovery and response to the ‘continued degradation of coastal ecosystems threatening the livelihoods and security of coastal communities throughout the Indian Ocean region,’ the officials said.

Housing and Public Works Minister Engineer Mosharraf Hossain inaugurated the two-day meeting as the chief guest at Sayeman Beach Resort, while Environment and Forests Minister Anwar Hossain Manju was present as a special guest. Engineer Mosharraf Hossain said, “We should go forward in development activities by keeping nature alive for achieving the Sustainable Development Goal (SDG) and for this we need global and regional coordination.”

Mr. Anwar Hossain Manju said his government is working particularly in order to reduce damages from effects of climate change and natural disasters in coastal areas. Along with the government officials, representatives from the International Union for Conservation of Nature IUCN, United Nations Development Program UNDP, Danida, Norad, Sida and the Royal Norwegian Embassy in Thailand participated in different sessions.

To continue with MFF’s conservation efforts and sustainable development in ecosystems like Sundarbans and other coral reefs, estuaries, lagoons, sandy beaches, sea grasses and wetlands across the region the participants stressed on finding ways to fund the initiative for more years to come. The initiative is currently in the risk of seizing operation in 2018 when the current donor funding comes to an end.

MFF’s regional program coordinator Dr. Steen Christensen said, in the coming years, “the program will place emphasis on enhancing members’ capacity to integrate private sector engagement strategies into their national programs. The private sector, especially the tourism and fisheries industries, are important stakeholders. The sustainable management of coastal resources can only be achieved if these stakeholders are engaged and become active partners in the management process.”

The meeting also highlighted the Green Climate Fund (GCF), a fund within the framework of the United Nations Framework Convention on Climate Change (UNFCCC), as a promising avenue for funding of a program that builds on the structure and initiatives developed by MFF.

The MFF is currently in consultation with several countries, and working to identify priorities to support the program’s proposal to the fund.  “Although the new program will cover new areas, it is important to ensure that it builds on the principles and lessons learned from MFF, such as its governance structure, grant modalities, partnership-based focus and, most importantly, country ownership. These are factors that have clearly contributed to the long-term success of MFF,” said IUCN Asia Regional Director Ms. Aban Marker Kabraji.