Khadiza shifted to cabin from HDU 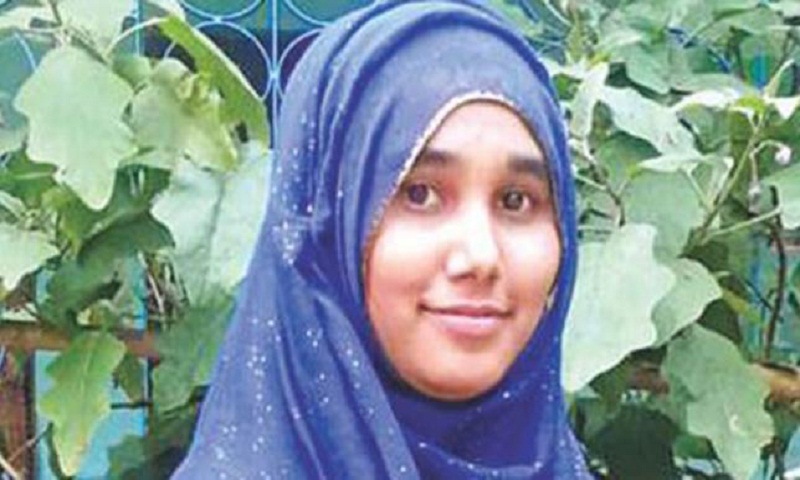 Khadiza Begum Nargis, who was hacked by a Bangladesh Chhatra League (BCL) leader in Sylhet, has been shifted to cabin from the High Dependency Unit (HDU) at Square Hospital in the capital on Wednesday late night.

Physicians said Khadiza needs much time to recovery from the wounds that a part of her brain is still damaged.

A student of Sylhet Government Women's College, Khadiza Begum Nargis was brutally hacked by Badrul Alam with a machete on the campus of MC College on Monday. The 23-year-old had gone there to sit an examination.

Badrul is the senior assistant secretary of the Chhatra League unit at Shahjalal University of Science and Technology (Sust). He is a fourth-year student of economics.

A part of the attack was filmed presumably by a bystander with a mobile phone. The video clip went viral.

In the clip, a youth is seen repeatedly hacking a girl lying on the ground. There were some bystanders nearby.

However, some students along with locals caught and beat up Badrul before handing him over to the police.

Badrul confessed before a Sylhet magistrate trying to kill Khadiza. He was suspended by the Sust the same day.

Khadiza was shifted to the Square hospital on October 4 from Sylhet Osmani Medical College and Hospital.