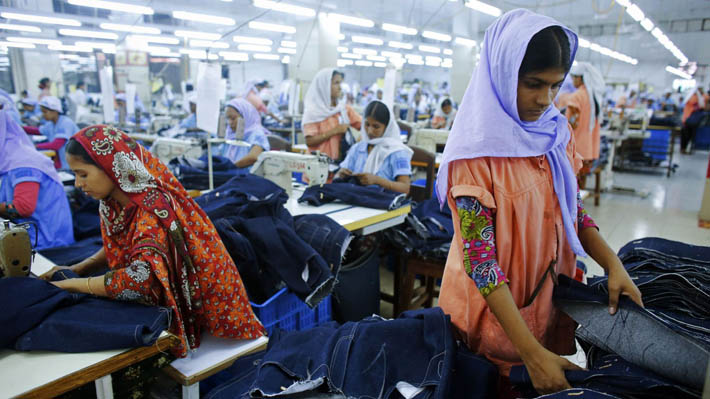 The strength of competitiveness that makes Bangladesh's garment industry such a huge success of being the leader in national growth also makes it deadly — less workplace safety.

The record GDP growth was mainly led by the industrial sector as it expanded at 11.09 percent rate in the last fiscal, up from 9.67 percent in the previous fiscal, date gathered by Bangladesh Bureau of Statistics showed.

At the same time the agriculture sector’s subdued to 2.79 percent from 3.33 percent a year ago, suggest the latest figures.

The economy grew at a record 7.11 percent in the last financial year as stronger industrial performance helped the country break out of the 6.0 percent ‘growth trap’, BBS said yesterday.

Per capita income also increased to USD 1,465 from USD 1,316 in the previous financial year, it said. The government had set a target of GDP growth at 7.0 percent for Financial Year (FY) 2016.

The economy of Bangladesh, one of the least developed countries, had fallen into a six per cent growth trap since 2004 as it could not cross the six per cent trajectory in the last one decade.

In 2004, the country’s GDP expanded at 6.2 per cent from 5.26 per cent in the previous but had maintained over 6.0 per cent growth almost every year over thereafter.

Planning Minister AHM Mostafa Kamal said Bangladesh’s total GDP size increased to 173.3 trillion taka in the last FY 2016 from 151.58 trillion taka in previous FY. “Bangladesh as per the purchasing power parity (PPP) has now stood at the 33rd position among the world economies,” he said.