Schoolgirl stabbed by stalker in Jhenidah 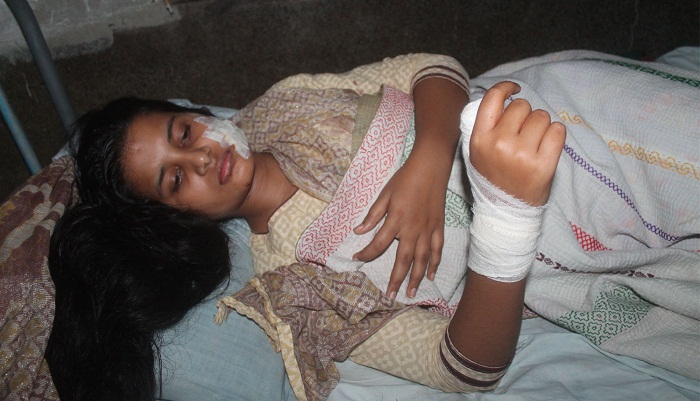 A schoolgirl was stabbed by young man in the district town on Monday reportedly for refusing his proposal for having an affair with him.

The victim was identified as Puja Majumdar, a Class-IX student of Jamila Khatun Girls School in Modanmohanpara of the town, UNB reports.

Victim’s mother Shikha Majumdar claimed Litu Hossain used to harass Puja on her way to and back from school as she refused his love proposal.

On Monday evening, Litu stormed into the house of the schoolgirl and chopped her indiscriminately with a sharp weapon, leaving her injured.

The injured was admitted to Sadar Hospital, said Shikha.

Contacted, officer-in-charge of Sadar Police Station Harendranath Sarkar said police visited the spot and they were trying to arrest the culprit.