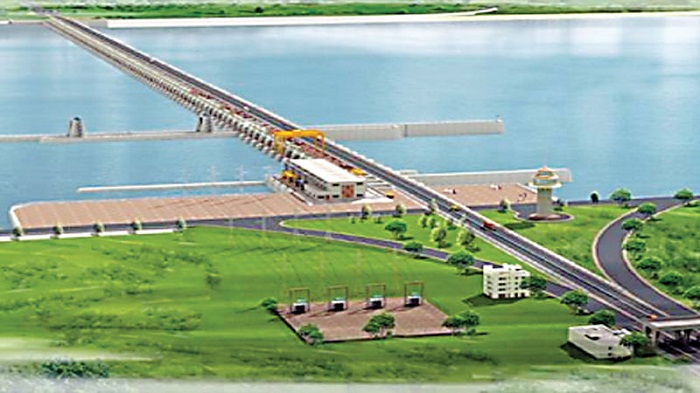 Water Resources Minister Barrister Anisul Islam Mahmud on Wednesday said the government will build “Padma Barrage” for removing waterlogging from the southwestern part of the country, including Bhabodah area in Jessore.

"If we can build the barrage and connect the rivers and cannels of the downstream region to upstream with the Padma, the entire waterlogging problems of the region would be solved," he said while addressing a public hearing at BRAC Inn here on waterlogging in Bhabodah area and sufferings of the marooned people.

Emphasizing on immediate reintroduction of Tidal River Management (TRM) system in all (Beels) water bodies in Bhabodah area, the water resources minister said the government has been relentlessly trying to solve the waterlogging problems.

"Prime Minister Sheikh Hasina has stressed the need for dredging of all major rivers of the country to remove waterlogging from various parts of the country, Barrister Anisul Islam Mahmud said, adding that he will visit the affected area soon to see the sufferings of the people and the waterlogging problems.

He said the two major rivers -- Gorai and Mathabhanga -- flowed from the Padma and its branches in the region would be excavated soon for ensuring water flow from upstream to downstream. Small rivers and cannel towards the Sundarbans would also be re-excavated for removing

waterlogging from the southwestern zone, especially in the Bhabodah area, he added.

State Minister Ismat Ara Sadique said that the government has already started conducting survey on Bhabodah and will go for reintroduction of TRM system in the area.

She also stressed the need for taking short-term and long-term plans and formation of an independent zone comprising waterlogging areas of Khulna Division like Barind Multi-purpose Development Authority.