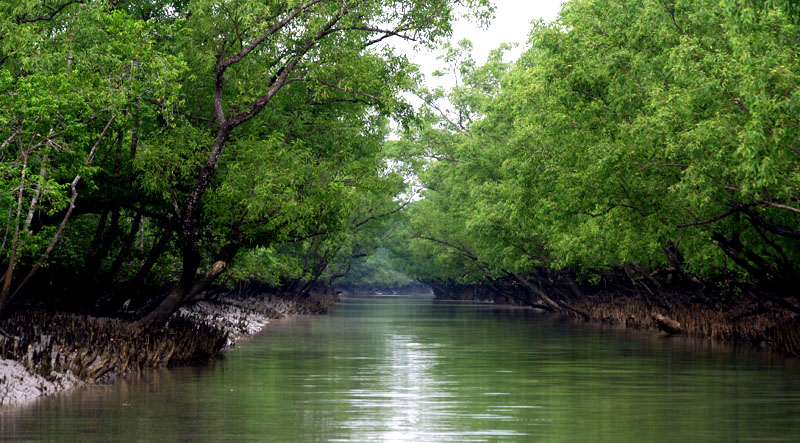 Earlier in March 2016, the UNESCO and International Union for the Conservation of Nature (IUCN) conducted a reactive monitoring mission to assess the conservation of this iconic area.

The mission was tasked with reviewing potential impacts from the construction of the Rampal power plant, assessing risks from climate change, and evaluating the overall management system of the Sundarbans, including provisions around shipping safety. The mission visited the site of the proposed Rampal power plant, as well as the locations of a 2015 cargo vessel accident and 2016 oil spill.

This week, the UNESCO World Heritage Centre and IUCN released a report on the mission. The report concludes that the proposed Rampal power plant, a 1320 megawatt super thermal power plant located just 65 kilometres from the World Heritage property, poses a serious threat to the site.

The mission team identified four key concerns related to the plant’s construction: pollution from coal ash by air, pollution from wastewater and waste ash, increased shipping and dredging, and the cumulative impact of industrial and related development infrastructure.

UNESCO's report also concluded that the freshwater flows into the Sundarbans has been drastically reduced, resulting in substantial increases in siltation and salinity that are threatening the overall balance of the ecosystem.

It further found that the site lacks a clear and comprehensive assessment of the combined effects of increasing coastal development. The report recommends immediate action to secure adequate freshwater flow to the site and calls for a new integrated management plan taking into account the carrying capacity of this fragile ecosystem that can secure a sustainable balance between socio-economic development and conservation.

The Sundarbans in Bangladesh is part of the world’s largest mangrove forests, home to the famous Bengal Tiger and a hotspot for dolphins, turtles, and birds. Millions of people depend on this labyrinth of tidal rivers for food, homes, and flood protection.