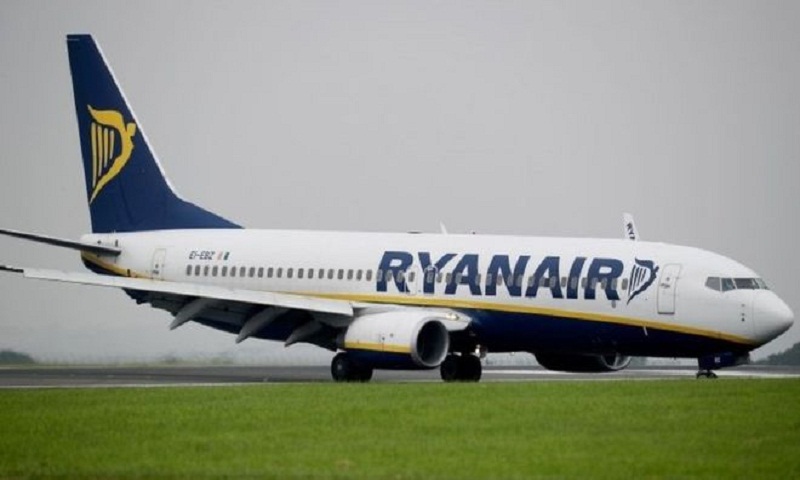 Ryanair has reduced its forecast for full-year profits, blaming the drop in the pound following the Brexit vote.

Ryanair said the pound's fall would cut the revenues they receive from fares in the second half by 13% to 15%.

Ryanair boss Michael O'Leary said while better cost control and stronger growth would help to offset the impact it was "prudent" to adjust its guidance.

He also cautioned that the airline's revised guidance was "heavily dependent" on no further falls in the pound and no more cuts in the average revenues it received from fares.

Earlier this month, rival Easyjet also warned the drop in the pound would cost it about £90m in the current financial year, more than double the £40m it estimated in July.

Sterling has fallen by about 18% against the dollar since the referendum.

Aside from the hit from the falling pound, Ryanair said it was performing well. It expects to carry 119 million passengers this financial year, up 12% on the previous year.

It also said its load factor - basically how full its planes are - was expected to be 94%, slightly better than it originally forecast.

"The recent sharp decline in sterling post Brexit will weaken second half yields by slightly more than we had originally expected," Mr O'Leary said.

"While higher load factors, stronger traffic growth and better cost control will help to ameliorate these weaker revenues, it is prudent now to adjust full year guidance which will rise by approx. 7% ([for the full year] rather than our original guidance of 12%."

Cantor Fitzgerald Europe analyst Robin Byde told the BBC that part of the drop in profit guidance was due to Ryanair heavily discounting fares to compete with budget rivals as well as a weaker trading environment.

"There's a low level price war going on at the moment between these companies. Ryanair often claims it's a victim of the market, but actually it's often a price maker for the market," he said.

"The number of passengers are growing and cabins are full. To do that they are discounting heavily."

"As a business they're in good shape," he said.