4 killed in separate incidents in Savar 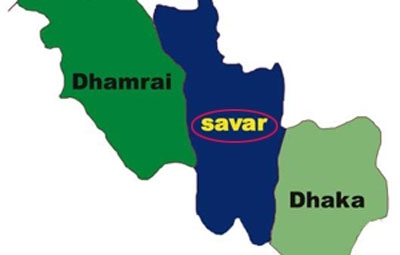 Four people were killed in separate incidents in Savar on Sunday.

At Hemayatpur, a group of miscreants killed night guard of a CNG-run auto-rickshaw garage Helal Uddin, 60, hailed form Narsinghdi district, by giving him electric shock at Joynabari and took away a three-wheeler from there.

On information, police recovered the body and sent it to hospital morgue for autopsy.

Besides, police recovered the body of Shirina Akter, 18, from her house at Birulia village in the morning. Later, her body was sent to Dhaka Medical College Hospital (DMCH) morgue for autopsy.

At Bhakurta, the slaughtered body of an unidentified young man was recovered in the early hours on Sunday.

On information, police recovered the body and sent to DMCH morgue.

In another incident, a group of youths took an elderly man to Savar Upazila Health Complex with severe injuries and they then fled.

The unidentified man succumbed to his injuries hours after admission. Police suspected the man might have been beaten to death.