'Flash crash' trader to be extradited 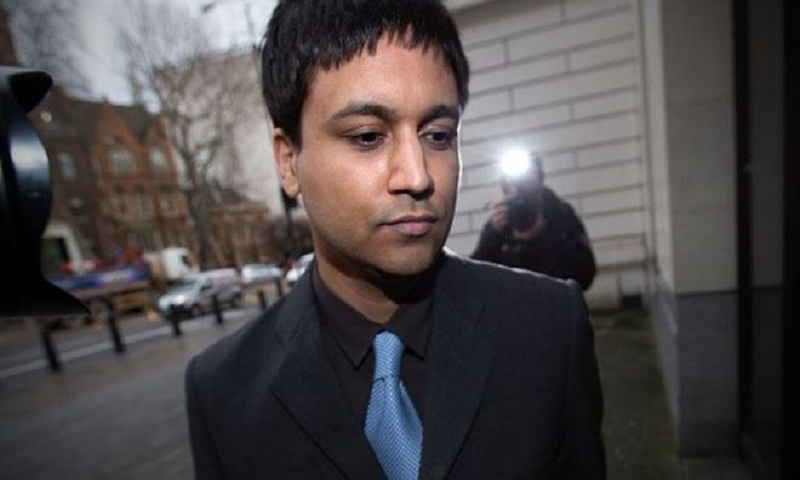 The UK trader accused of contributing to the 2010 stock market "flash crash" has lost his battle against extradition to the US.

The ruling means Navinder Sarao, 37, will be sent to the US within 28 days.

He is accused of market manipulation by "spoofing" over a five-year period and of contributing to a 1,000 point fall on the Dow Jones index in New York on 6 May 2010.

He denies 22 charges, which carry sentences of up to 380 years.

Mr Sarao, who is on bail, did not attend the High Court ruling in London.

US authorities allege that Mr Sarao, who traded from his parents' house in Hounslow, west London, is guilty of "spoofing". That describes the practice of placing large orders that manipulate the markets and then cancelling or changing them, allowing him to buy or sell at a profit.

Mr Sarao's alleged spoofing netted him a profit of $40m (£28m) over five years, they argue.

He was operating on the Chicago Mercantile Exchange, but his trades caused broader market instability, they allege.

The flash crash on 6 May 2010 temporarily wiped nearly $1 trillion off the value of US shares.

Mr Sarao's barrister James Lewis has previously attacked those claims, arguing that he could not, as the FBI allege, have "materially contributed" to the flash crash of 2010.

Instead he alleges that the flash crash happened because of a giant sell order placed by a US hedge fund called Waddell & Read, a conclusion previously reached by the US regulator, the Commodities & Futures Trading Commission.