Clashes over land leave one dead in Jhalakati 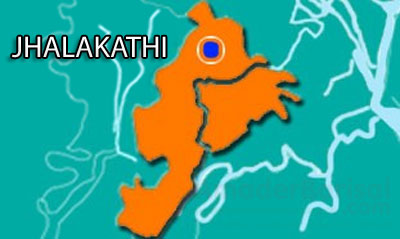 A young man was stabbed to death in a clash over land at Kunihari village in Sadar upazila of Jhalakati at night.

The deceased was identified as Jakir Sikder, 30, son of Rashid Sikder of the village,

Police said there had been a dispute between a Jakir Sikder and a Mizan Kazi of the village over a piece of land.

A clash ensued between the supporters of the two after Jakir cut a branch of a tree from the disputed land around 2.30am that left Jakir critically injured.

Later, he was admitted at Barisal Sher-e Bangla Medical College Hospital where he succumbed to his injuries at night.