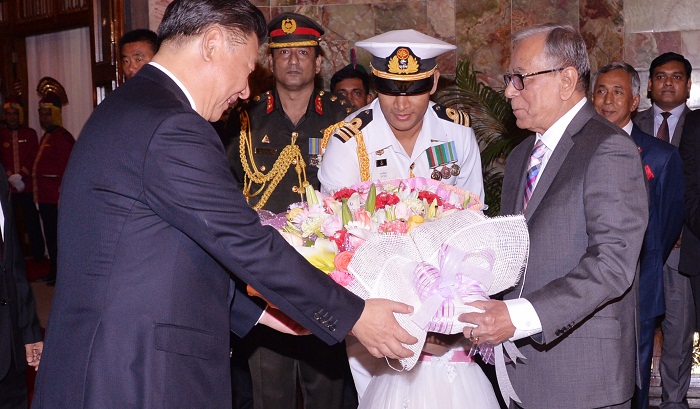 The Bangladesh President laid out 10 items on the menu for the dinner held at the Darbal Hall of the presidential palace, UNB reports.

Poached giant king prawn and cream of mushroom soup were served to the guests as starters while smoked Eel fish on crispy salad bed with a drizzle of light oyster sauce was there as Entrée.

Prior to the dinner, a cultural programme was organised in honor of Xi Jinping at the Drabal Hall with artistes from Shilpakala Academy performing there.

Earlier, Xi Jinping had a meeting with Abdul Hamid at the Cabinet Hall of the presidential palace. The Chinese President also signed Visitor’s Book at the Bangabhaban.