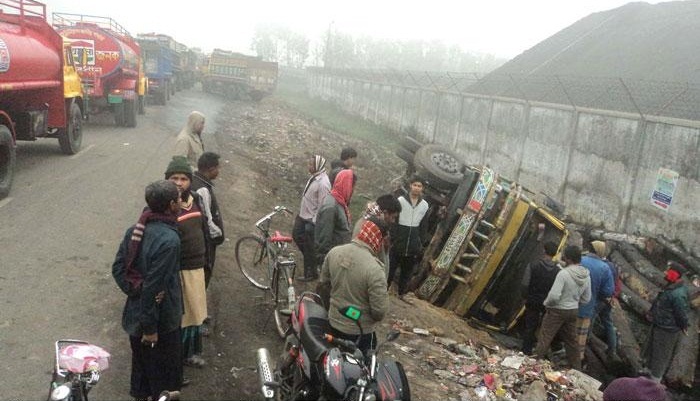 Two fish traders were killed and six others injured in a road accident in Dolar Dorga area near Matihara Bazar on Dinajpur-Dhaka highway under Nababganj upazila in Dinajpur on Friday.

The accident occurred when a Dhaka bound stone-laden truck from Panchagarh overturned and skidded off the highway after the driver lost control over the steering this morning, BSS reports.

Two of the fish traders, who were sitting atop the truck with their other 13 colleagues, were killed on the spot and six others injured in the accident.

The deceased were identified as Abdul Mannan, 35, son of Abdur Rahman and Shajahan Ali, 25, son of Tazul Islam of village Kalipur under Etna upazila of Kishoreganj district.

Police rushed to the spot, rescued the injured persons with the help of the local villagers and sent them to a local hospital.

A case was filed in this connection with Nababganj Thana, police said.