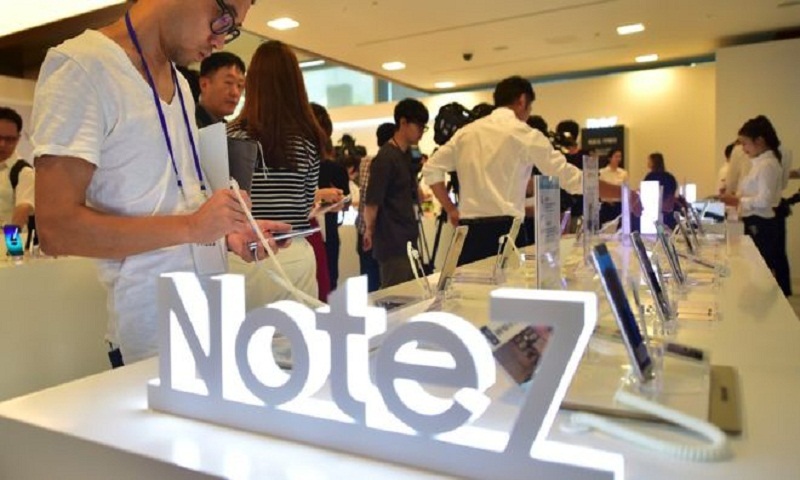 Samsung expects further blows to its profits from the withdrawal of the Note 7 phone, saying revenue will be affected in the first quarter of 2017.

The tech giant had already revised down its third-quarter earnings guidance.

The Note 7 was recalled last month after battery fires, but when replacement phones experienced the same problem, Samsung scrapped the device.

The premium phone, launched in August, was meant to compete with Apple's new iPhone 7 at the top end of the smartphone market.

The revised outlook brings to more than $5bn the total losses the world's biggest smartphone maker says it expects as a result of the Note 7 fiasco, after it said on Wednesday it would suffer a $2.3bn hit to third-quarter profit.

The firm said that in order to "normalise its mobile business", it would expand sales of its other flagship devices, such as the Galaxy S7 and S7 Edge.

"Additionally, the company will focus on enhancing product safety for consumers by making significant changes in its quality assurance processes," Samsung said in a statement.

In September, the company recalled about 2.5 million Note 7 devices after complaints of overheating and exploding batteries.

It later insisted that all replaced devices were safe. However, that was followed by reports that those phones were catching fire too.

On Tuesday, the company said it would permanently cease production of the device and urged owners to turn it off.