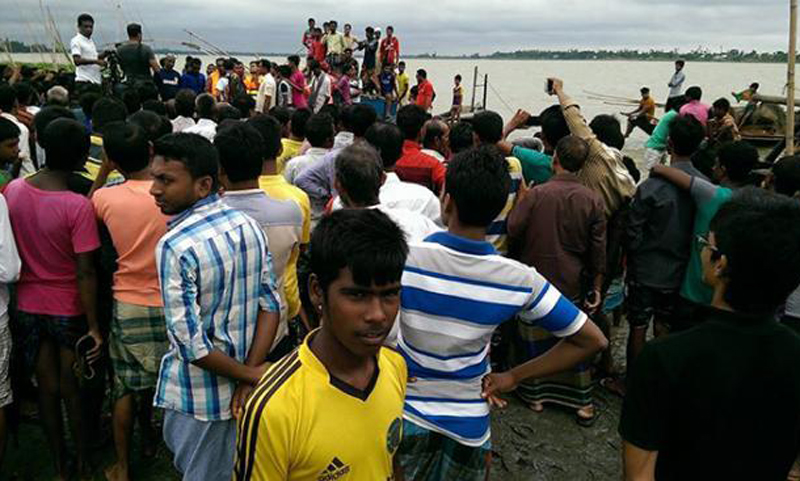 Police have recovered the bodies of cattle traders this morning who remained missing for two days following a boat capsize in the Meghna River under Raipura upazila of Narsingdi district.

The bodies were sent to the victims’ relatives, the police official added.

Earlier, four people, including three cattle traders, went missing after a boat capsized in the Meghna River in Raipura upazila on Tuesday evening.

Officer-in-charge of Raipura Police Station Azharul Islam said the boat carrying three cattle traders and 20 cattle capsized in the river around 7:30 pm after being caught in a storm.

The three cattle traders and the boatman went missing in the river following the capsize, he said.

Besides, 13 cattle drowned in the river while seven others managed to swim ashore, the OC said.

The incident took place as the traders along with the cattle on the boat were going to Charbuddi village of Raipura upazila from Baish Muja Bazar of Nabinagar upazila of the district, the OC added.