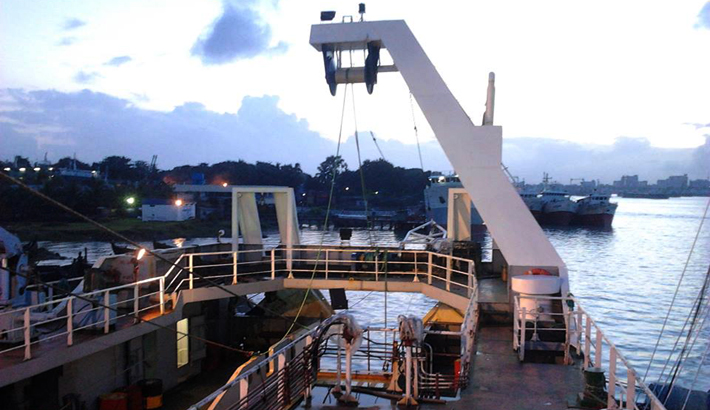 The 246 strong trawler fleet of the country is now at Chittagong Fish Harbor, and will stay off the sea until November 2. Photo: Emdad Emun

The 22-day ban on deep sea trawling begins on Wednesday in Bangladesh’s Exclusive Economic Zone in the Bay of Bengal.

‘The 246 strong trawler fleet of the country is now at Chittagong fish harbor, and will stay off the sea until November 2,’ Director (Marine) of DoF Mr. Nasir M Humayun said to Daily Sun on Wednesday.

The ban is intended for the conservation of mother Hilsa during its peak breeding season, said a gazette by Department of Fisheries (DoF). Marine areas including EEZ and coastal waters will be closed to any sort of fishing activities during this period.

Similar to the monsoon ban season from 20th May to 23rd July, the deep sea fishing companies are supporting the October ban too, said Nasir. ‘Bans during breeding seasons are bringing good catch, that’s why.’

Meanwhile, the inland rivers along the 27 districts are also closed to Hilsa fishing during the 22-day ban. Fisheries and Livestock Minister M Sayedul Haq urged fishers not to go fishing during this period.

Legal actions will be taken against those who will violate the ban on catching, selling, transportation and hoarding of Hilsa. Mobile court drives will be conducted in wholesale markets, kitchen markets and super shops to prevent the selling of Hilsa, he said.