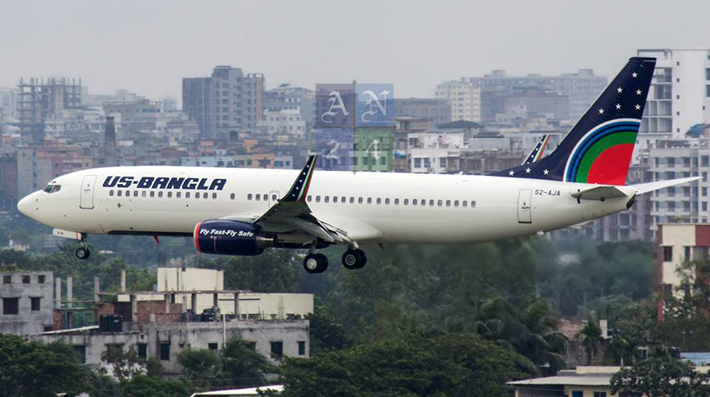 For the first time, a Boeing aircraft joined the fleet of country’s private carrier US-Bangla Airlines. The Boeing 737-800 aircraft arrived at Hazrat Shahjalal International Airport in Dhaka on Tuesday.

With the 158-seater Boeing 737-800 aircraft, the size of the fleet reached at 4, and US-Bangla will now be able to connect many more international destinations next, said a press release.

The Boeing 737-800 aircraft has 158 revenue seats each, including eight business class.

The 16-year-old aircraft is leased from AerCap -- the world's largest aircraft leasing company.

US-Bangla operated Dhaka-Kathmandu flights as its first international route within two years of its operation. The airlines started its inaugural flight on July 17, 2014, by operating on Dhaka-Jessore route.

Another Boing 737-800 is due to be delivered to the carrier soon by AerCap.