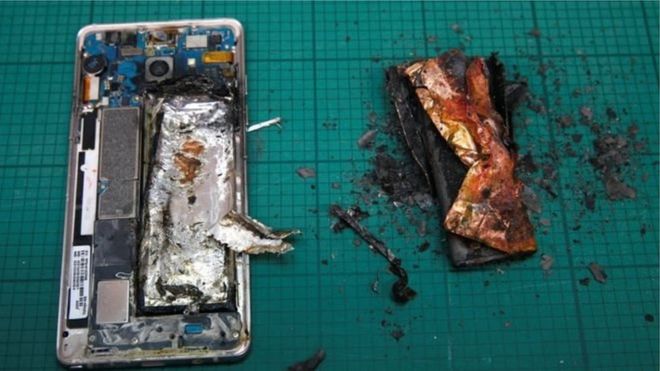 SEOUL, SOUTH KOREA:  Samsung will change course and recall more than 190,000 Galaxy Note 7 smartphones in China, officials said, as the South Korean firm announced Tuesday a total halt to production of the device over exploding batteries.

Samsung caused anger among Chinese consumers after it excluded the country from an international recall of the phones, claiming that models sold in the Asian giant had used batteries from a different supplier.

China's quality watchdog said on its website: "The product being recalled has problems with abnormal heating and burning, which can have serious consequences including fire."

It added that Samsung's Chinese unit would recall a total of 190,984 phones -- representing all past sales in the mainland -- from Tuesday.

Customers can get a full refund or exchange their old device for a new Samsung model and a bonus payment of 300 yuan ($45), it said.

Samsung's new smartphone was launched with the expectation of scaling new heights in a highly competitive market. Instead it has left the company staring into the abyss.

What initially might have proved to be a technical glitch in a few devices has turned into a full-blown crisis that looks set to inflict damage on the South Korean electronics powerhouse in a sector where brand confidence and loyalty are paramount.

So serious has the problem become with the Galaxy Note 7 and its exploding batteries that some analysts are suggesting Samsung may be forced to take the unprecedented move of scrapping the model completely.

That could have devastating consequences given that the large-sized Note series, along with the Galaxy S smartphones, are Samsung's flagship bearers in the fierce battle with arch-rival Apple's iPhones for supremacy in the high-end handset segment.