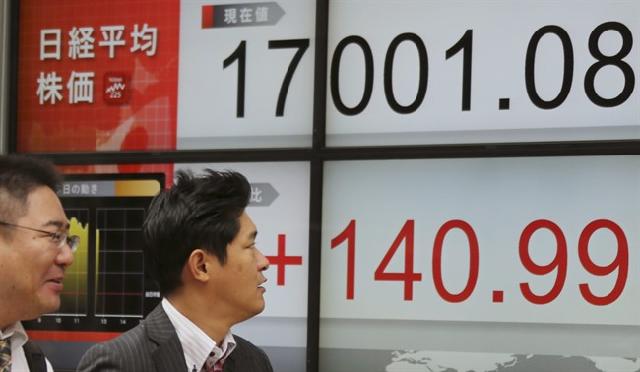 SAMSUNG WOES: Shares in Samsung Electronics fell 7 percent after the company said it was halting sales of its Note 7 smartphones. It advised customers to turn off their devices or replace them with different devices. Samsung issued a worldwide recall of the Note 7, a huge phone-bordering-on-tablet with a powerful battery, in September after finding the devices have a tendency to catch fire. South Korean officials said Tuesday that replacement devices have also overheated or caught fire.

OIL AND RUSSIA: Oil prices fell slightly after spiking to their highest level in a year after Russian President Vladimir Putin said Monday that Russia, which is not a member of OPEC, supports a preliminary agreement by OPEC nations to cut oil output.

THE QUOTE: "It was Russia to the rescue last night, as Vladimir Putin said Russia was ready to join with OPEC in creating a deal to curb production and pump up prices. At the same Energy Congress in Istanbul, the ever outspoken Algerian Energy Minister called on other non-OPEC producers to join them," Jeff Halley, a senior market analyst at OANDA, said in a commentary.