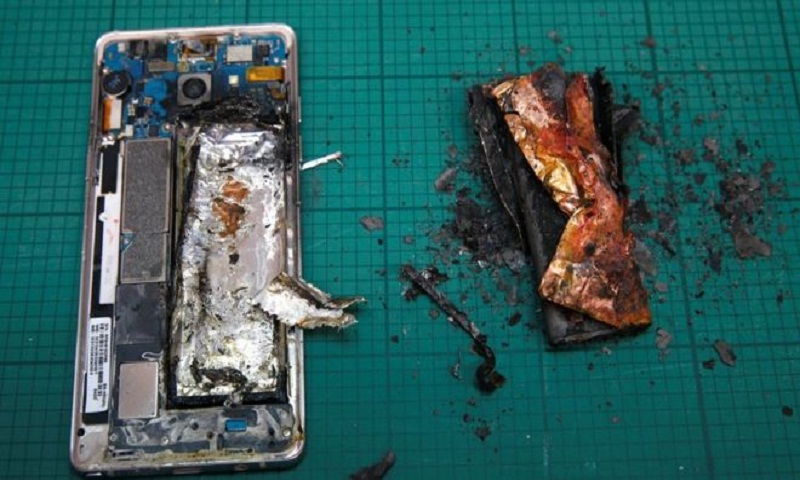 Samsung has urged owners of the Galaxy Note 7 to turn off the smartphone while it investigates new reports of the device catching fire.

The South Korean firm also said it would stop all sales of the phone.

Samsung recalled 2.5m phones in September after complaints of exploding batteries and later assured customers that all replaced devices were safe.

But there are now reports that even those phones that had been replaced were catching fire.

A man in Kentucky said he woke up to a bedroom full of smoke from a replaced Note 7, days after a domestic flight in the US was evacuated after a new device started emitting smoke in the cabin.

"Because consumers' safety remains our top priority, Samsung will ask all carrier and retail partners globally to stop sales and exchanges of the Galaxy Note 7 while the investigation is taking place," the company said.

"Consumers with either an original Galaxy Note 7 or replacement Galaxy Note 7 device should power down and stop using the device and take advantage of the remedies available," it added.

What happens to the phones?

Smartphones have lithium batteries and there is an arms race to make them ever smaller, more efficient and charge faster. In the Samsung case, it is thought that negative and positive electrodes coming together have caused short circuits, overheating, and then causing "explosions" and meltdowns of the phones.

How many people are affected?

Samsung says the recalls affects 2.5m devices. According to the company 45,000 Note 7s had been sold across Europe through pre-ordering, mostly in the UK. More than 75% of those have been replaced with either a Note 7 or another Samsung handset.

What does it mean for Samsung's rivalry with Apple?

The Galaxy Note 7 was meant to be Samsung's flagship phone, released just weeks before Apple's iPhone 7. It was well received but since the scandal, Samsung shares have taken a hit and Apple has seen its stock rise. There's also expected to be significant damage to brand image and reputation.

The US consumer protection agency has also urged people not to use their Samsung replacement devices.

"No one should have to be concerned their phone will endanger them, their family or their property," Elliot Kaye, chairman of the safety commission, said.

He called Samsung's decision to stop distributing the device "the right move" in light of "ongoing safety concerns".

South Korean transport ministry on Tuesday said people should not use or charge their Note 7 devices on a plane.

The original Note 7 had already been banned by numerous aviation authorities and airlines around the world.

On Monday, US mobile networks AT&T and T-Mobile had already stopped replacing or selling the phone. In the UK, Vodafone and EE had suspended replacements.