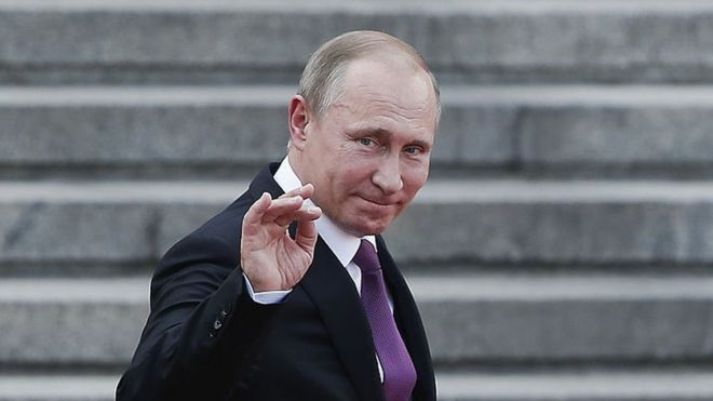 Russia has said it will support a proposal by Opec to freeze oil production in order to reverse the slump in global prices. The move lifted the price of oil, with Brent crude hitting a 52-week high, BBC reports.

"Russia is ready to accede to joint measures to reduce [oil] production, and is calling on other oil exporters to do so," said Russian President Vladimir Putin. "We support the recent Opec initiative to set production limits," he added.

In late afternoon Brent Crude oil was trading up by 2.5% at $53.21 a barrel, just off the $53.73 high hit earlier on Monday. Speaking at the World Energy Congress in Istanbul, Mr Putin said that oil prices had "more than halved" in two years due to surplus production, provoking a "cycle of decreasing investment".

He said that if the trends persisted, they would give way to oil shortages and "new, unpredictable price hikes". He expects to reach an agreement to support a cut at Opec's next meeting in November, he said. "Of course, this will also cool down speculative activities and help avoid new price fluctuations," he said.

In September, members of the The Organisation of the Petroleum Exporting Countries (Opec) voted to cut production for the first time in eight years. The group's 14 members produce about a third of the world's oil and have been hit hard by falling prices, as has Russia.