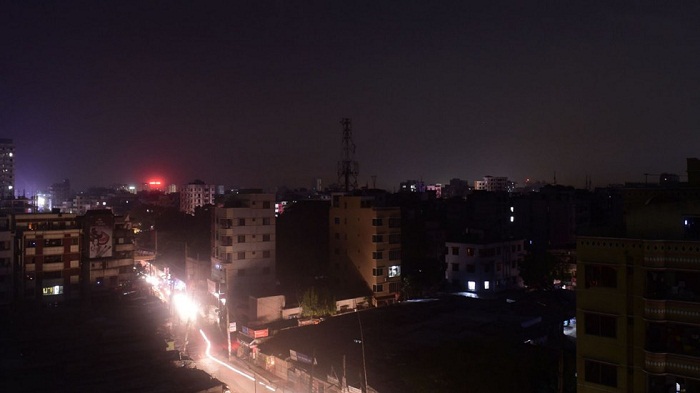 A huge area of Dhaka city under Dhanmondi grid substation experienced load-shedding for several hours on Monday following a fault that occurred in the 132 kV Ulan-Dhanmondi underground grid line.

According to official sources in Dhaka Power Distribution Company (DPDC), which operates power supply system in this particular area, has to way out of 12-15 MW load shedding in a vast area covering Panthopath, Elephant Road, Dhanmondi, Kakrail and Kalabagan, UNB reports.

"We have to go for power cut in these areas. People may have to experience load shedding for next couple of days as well since we're yet to find out the actual fault point of the transmission line," DPDC director (operation) Harun or Rashid.

He informed that the fault took place at 6:42 am on Monday that led to an abrupt interruption in power supply in an area under Dhanmondi substation.

He, however, said that one of two circuit breakers collapsed following fault and one was repaired 7.14 am. But it again collapsed and could not be repaired as yet.

The DPDC official also informed that the point of fault in the 132 kV grid line is yet to be detected. "But our engineers are trying hard with modern equipment. We hope we could be successful to identify the fault point by Tuesday," he said.

But, according to the DPDC official, it will take few days to repair the fault as it needs foreign experts from abroad. "So, people under the Dhanmondi grid substation, which has load capacity of 150 MW, may have to face load-shedding for next few days."