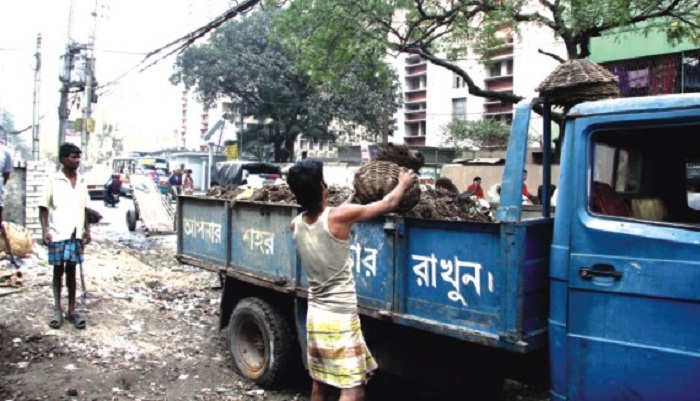 A member of Border Guard Bangladesh (BGB) was killed near Shishu Mela of Shyamoli in the city as a garbage truck of Dhaka City Corporation knocked him down while he was crossing road Friday morning, police said.

BGB spokesman Mohsin Reza confirmed the death saying, "Mohammad Abu Taher, 28, assistant Nayek (BGB No-77891) was killed at about 9am this morning."

Sub-Inspector Iqbal Hossain, who took the body to Dhaka Medical College and Hospital (DMCH), said Abu Taher, hailed from Saturia of Manikganj, died on the spot.

A case was filed with Mohammadpur Police Station.