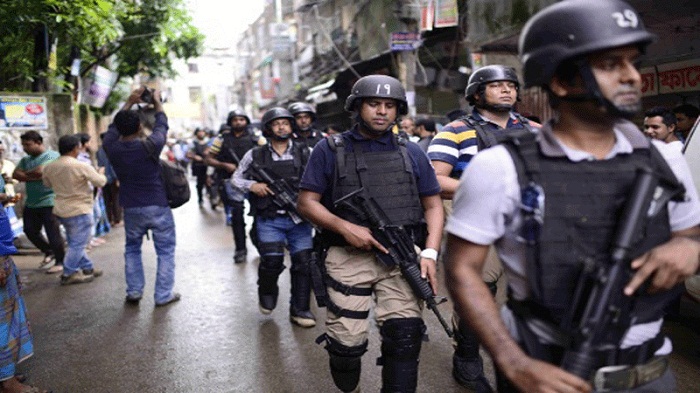 A Dhaka court on Thursday placed a suspected militant and a close associate of Gulshan attack mastermind Tamim Chowdhury, on a 6-day remand in a case filed under the Anti-Terrorism Act.

The remanded militant Salauddin Kamran, who was arrested on Wednesday night Tongi station of Gazipur city.

After being arrested, Salauddin Kamran has been shown arrested in a case filed in connection with an operation at a militant den in the capital’s Kalyanpur.

The operation called ‘Storm 26’ was carried out in a 6-storey building, locally known as Jahaz Bari, in Kalyanpur area on July 26.

A total of nine suspected militants were killed during the drive.