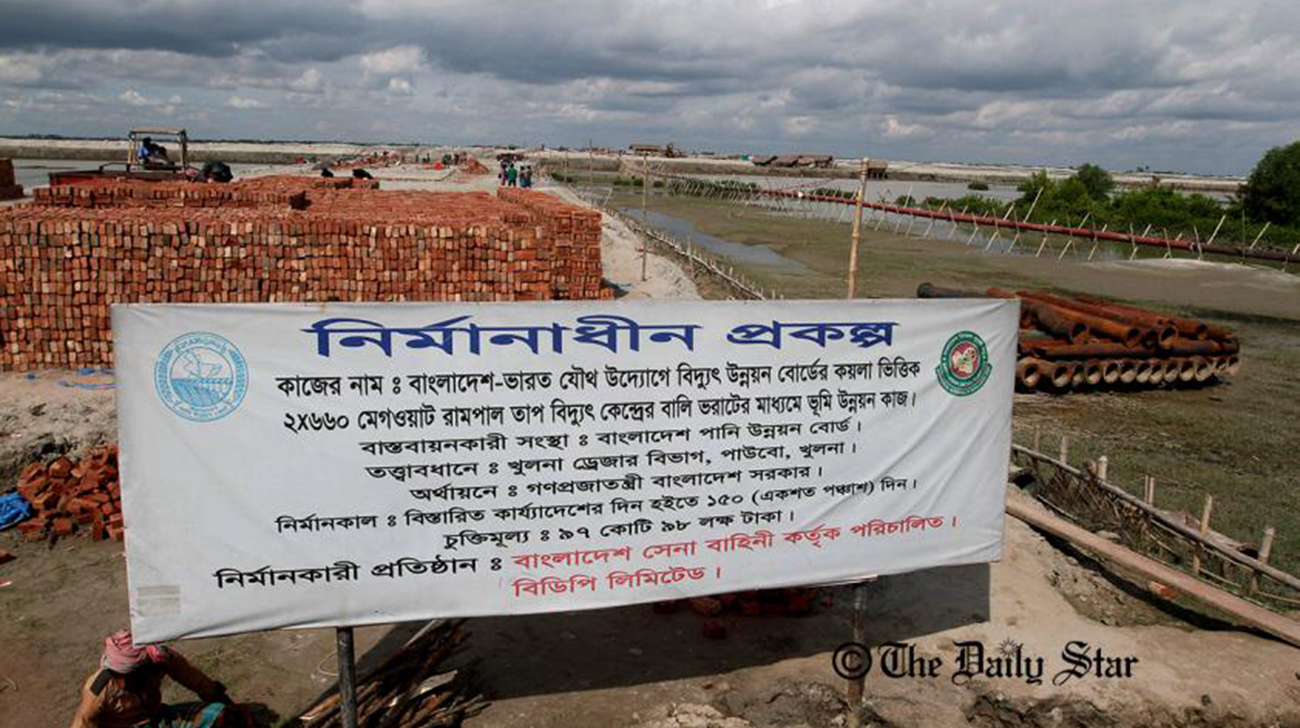 Prime minister Sheikh Hasina said the proposed Bangladesh-India Friendship Thermal Power Plant at Rampal is one of those coal-based plants the government has decided to install in different parts of the country to meet the growing electricity demand and reach the electricity to people at a logical price.

In a statement, National Committee’s convener Engr. Shahidullah and member secretary Prof Anu Mohamnmad said the PM ‘unfortunately’ made her statement being influenced by the advertisement campaign of the concerned company. “As a result, her statements become exaggerated containing wrong information.”

The statement said initially, the committee had been optimistic when it heard the PM would make a statement through press conference about Rampal. “We thought she would cancel the project to save Sundarbans. But the PM uttered the same things which we already refuted with counter-arguments,” said the statement.


Responding to the PM’s question about the source of financing of the anti-Rampal movement, the leaders said it has been funded by the hard-earned money of the masses, as they funded many historic movements like the Language Movement, movements of the Sixties, mass-uprisings and the Liberation War.

They said the PM’s statement has reflected the voice of those people who are campaigning in favour of Rampal after being hired. “The youths are the main force of the movement to protect the Sundarbans and they gather in the movement upholding the spirit of the Liberation War”.

The leaders, however, said the statement of BNP chairperson Khaleda Zia was also misleading.