Bangladesh should get its share of river water, says India's Tripura Governor 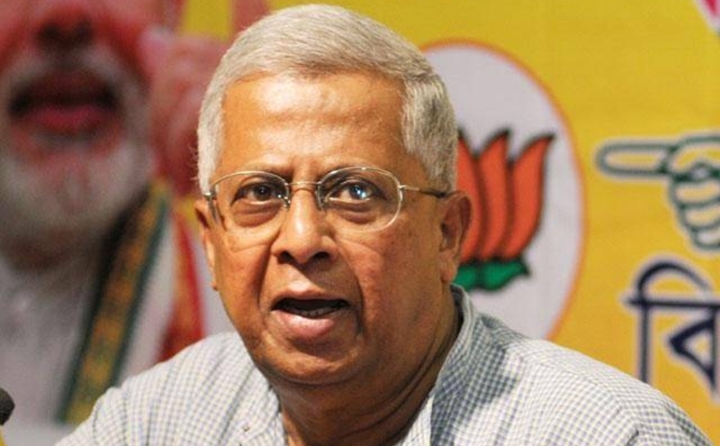 The rights of a lower riparian state can never be denied, says India's state of Tripura's Governor Tathagatha Roy.

India's state of Tripura's Governor Tathagatha Roy on Saturday has raised question over India's policy on not giving the legitimate share of river water to friendly nation Bangladesh when it does not deny the same right to a hostile nation like Pakistan, ANI reports.

The Governor was speaking during the third Tripura Conclave on the theme 'Cross border terrorism in Bangladesh: Implications for India's border states' in Tripura state capital Agartala organized by a local news portal Tripura Infoway.

"Now these six rivers - the upstream reaches are located in India and the downstream reaches in Pakistan. If India wished India could have completely throttled the water and choked off. But in 1960 at the instance of World Bank India and Pakistan signed a treaty which India has honor till this date in spite of so many hostilities in the meanwhile," he added.

Roy said if India can have a treaty with Pakistan and honor it in spite of war in 1965, 1971 and 1999, why can't it has a treaty with a country which is as friendly as Bangladesh.

"So when I was questioned on this particular thing I told in Bangladesh that the right of Bangladesh in water as a lower riparian state cannot be denied," he added. He however, added that the amount of water that Bangladesh should get must be worked out by experts of Joint River Commission or a court of arbitration or through some other mechanism as soon as possible.

The Governor is of the view that India should detach itself from Pakistan, an enemy state, from all aspects including sports and cultural activities.

According to him, Pakistan is a state run by the army that sponsors cross border terrorism in its neighour India and Bangladesh and the anti-India movement in the Kashmir Valley run by the Hurriyat is an agency funded and guided by the Pakistani.

Roy said, "If the Hurriyat. which is working at the instance of the ISI is given a free reign, then can you imagine what they are capable of doing? They have already driven out 3.5 lakhs of Hindus, Pandits from the Kashmir Valley. Nobody talks about them. The people are shedding rivulets of tears in Delhi and all over the country mourning about what are happening."

He viewed that Pakistan is the root of terrorism in the Indian sub-continent.