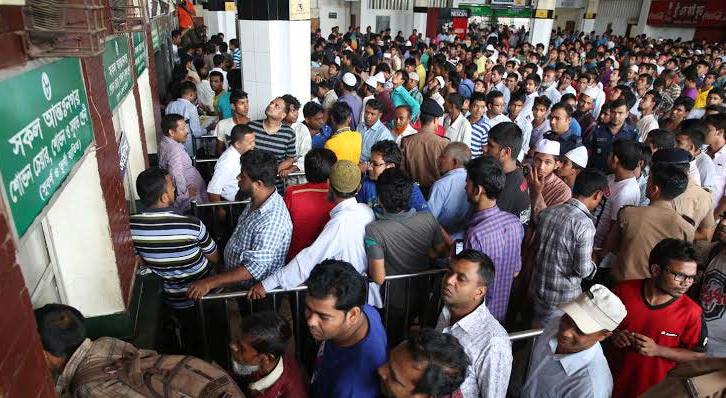 Bangladesh Railway authority will begin selling advance train tickets from Monday to ensure a smooth journey for the home-bound holidaymakers on the occasion of Eid-ul-Azha, the second greatest religious festivals.

"The officials of Dhaka and Chittagong Railway stations will supervise the selling of advance train tickets amid adequate security surveillance," he added.

He said sale of tickets will begin at 8am every day and each passenger will be allowed to purchase four tickets but no ticket once sold will be returned.

He said the return tickets of the railways will be available at Rajshahi, Khulna, Rangpur,Dinajpur and Lalmonirhat rail stations after the Eid-ul-Azha.

Seven pairs of special trains will be added to the existing ones in order to facilitate the holidaymakers ahead of the Eid, Hossain said.

Earlier on August 21 at a press conference, Railways Minister Mohammad Mujibul Hauqe said seven pairs of special trains - including two pairs for Sholakia Eid congregation will be added to facilitate the holidaymakers on the Eid occasion, he mentioned.

He said a total of 1,146 passengers' bogies including 140 repaired ones will be added to the fleet while 220 railway locomotives (engine) will be there on the occasion of Eid.

Meanwhile, the railways minister said no train service to and from Dhaka-Kolkata would ply on September 11 and 12 on the occasion of Eid.