5,000 pilgrims fail to get visas to perform Hajj 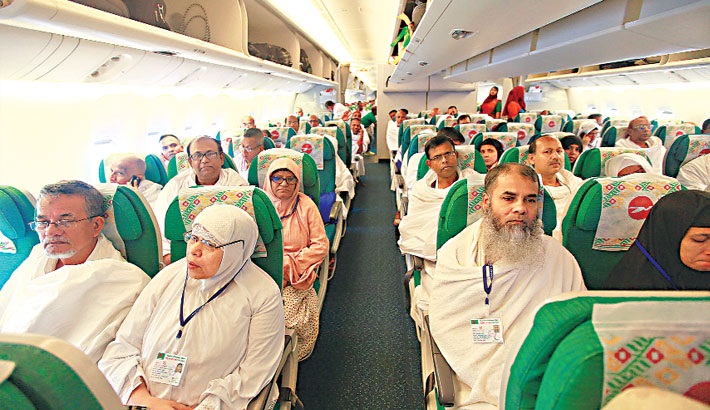 At least 5,000 Bangladeshi pilgrims did not get visas to perform Hajj this year.

Ten Hajj flights of Biman Bangladesh Airlines were cancelled due to Hajj agencies failed to confirm pilgrims' visas in time, according to a press release issued last night.

Since then, around 15, 000 pilgrims went to Saudi Arab, the press release said.

A total of 1,01,758 Bangladeshis are expected to perform Hajj this year.

Of them, only 10,000 would perform Hajj under government management and the remaining 91,758 under private managements.

The holy Hajj is likely to be held on September 12.