We knew fate of our parents 20 days later: PM

Twenty days after the brutal killing of Bangabandhu, her two surviving daughters came to know from former Indian Prime Minister Indira Gandhi that none of their parents and other family members in Dhaka were alive, reports BSS.

“We were in complete darkness about the severity of massacre on August 15, 1975, except the information of a coup. As we arrived in New Delhi on August 24 from Germany and called on Indira Gandhi on September 4, she (Gandhi) told us that none of my parents was alive,” said Prime Minister Sheikh Hasina on Tuesday.

She was addressing a memorial meeting marking the 41st anniversary of Bangabandhu’s martyrdom, organized by Bangladesh Awami League at Krishibid Institution, Bangladesh.

Sheikh Hasina, eldest daughter of Bangabandhu, and her younger sister Sheikh Rehana survived the massacre as they left the country for Germany 15 days ago. “My last conversation with my father over phone was on August 13 from the Netherlands when I shared with him the land reclamation process of that country,” she said.

Hearing the military takeover in Dhaka, Sheikh Hasina said the then Bangladesh ambassador to Belgium denied extending any help to them. “We became a burden on him, though he was politically appointed by Bangabandhu,” she said.

Sheikh Hasina said as they wanted to return to Germany, the ambassador even denied giving his transport to them. With the help of the first secretary of the embassy and Bangladesh ambassador to Germany Humayun Rashid Chowdhury, they came back to Germany.

Sheikh Hasina said on August 15, she was staying with her husband in the residence of Bangladesh ambassador in Belgium. A telephone call conveyed the message to her husband about the coup in Bangladesh.

“From television news, Sheikh Hasina said, they came to know the death of Bangabandhu. But no information was available about the fate of others and we had no clear picture of what actually happened in Dhaka,” she said.

Responding to the repeated calls from Indira Gandhi, Sheikh Hasina said they arrived at New Delhi on August 24. They wanted to come home and tried to know from international agencies the extent of damage as she at least hoped that her mother was alive.

Sheikh Hasina said she and her sister could not return home from New Delhi as the new government which captured power after assassination of Bangabandhu had imposed restriction on their return. They took political asylum in India as Ziaur Rahman had made arrangement to prevent them from entering the country.

Terming the 15 August as the most stigmatized day in the country’s history, the Prime Minister said, “We lost our parents on this day, but the nation lost their great leader who freed the people from subjugation to end their sufferings from exploitation and deprivation.”

“There was no reason of killing Bangabandhu except destroying the spirit and ideology of the Bengali nation,” she said adding that the evil force perpetrated the carnage to take revenge on Bangabandhu for his uncompromising approach for realizing the legitimate rights of the people.

An air of gloom grasped the audience and tear rolled down their cheeks as the Prime Minister repeatedly became emotional while describing the memories before and after August 15, 1975 mayhem and her struggle to place the country on the track of Bangabandhu’s ideology.

Sheikh Hasina recalled that due to financial hardship she could not attend the marriage ceremony of her younger sister Sheikh Rehana in London in 1977. Due to political chaos in India at that time, Indira Gandhi was not in position to help her to go to London, she said.

In 1980, Sheikh Hasina said, she again went to London with the support Indira Gandhi to attend Rehana as she was expecting her first baby.

After capturing power, Sheikh Hasina said, Ziaur Rahman left no stone unturned to prevent them from coming back home. At the same time, Zia was devoted to maligning Bangabandhu and his family members on charge of amassing illegal wealth, the Prime minister said.

The Prime Minister said Sheikh Rehana first joined the rally organised in Sweden in 1979 in protest against Bangabandhu killing. Later an inquiry commission was constituted comprising Nobel laureate Sharon Bright and British parliament member Sir Tomas William to investigate the killing of Bangabandhu murder. But Ziaur Rahman didn’t allow them to come to Bangladesh, she said.

Pointing out the story of returning the Bangabandhu residence on Dhaka Road 32 to her, the Prime Minister said Ziaur Rahman prevented her from arranging a milad and doa mahfil in that house after her return home on May 17, 1981.

Sheikh Hasina urged the people not to be misguided by the decision of Khaleda Zia to refrain from celebrating her birthday on the National Mourning Day. August 15 is not her actual birthday as her first passport as the Prime Minister mentioned another date, she said.

“It will be wrong if anybody is confused about her decision to refrain from celebrating false birthday out of her liberality,” the Prime Minister said adding that she didn’t observe the day as she could not celebrate the birthday of her slain younger son Koko. 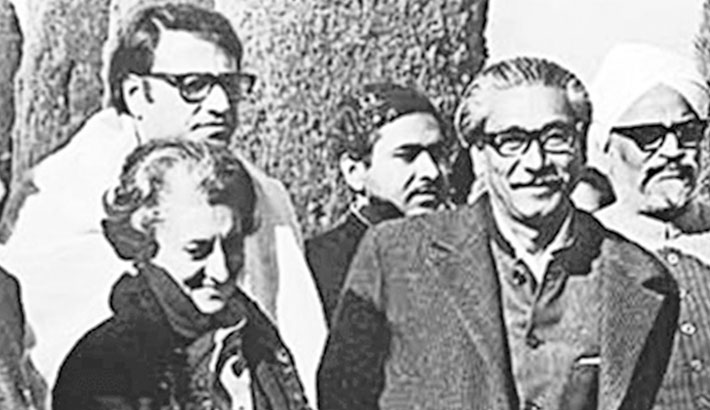 We knew fate of our parents 20 days later: PM