Over 300 militants on the run

Intel agencies have no info about them 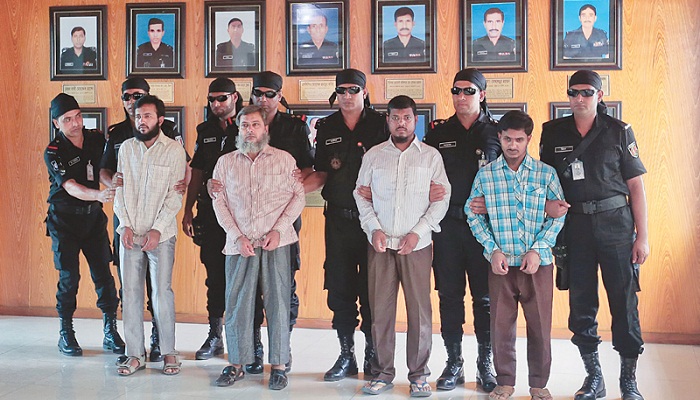 Intelligence agencies do not have any information about the whereabouts of more than 300 militants of different banned militant outfits, including Jama‘atul Mujahideen Bangladesh (JMB) and Harkat-ul-Jihad-al-Islam (HuJI).

It is learnt from detective sources that over 300 militants, including some explosive experts, have been absconding for the last few years. Of them, many went into hiding after getting bail.

As part of their efforts to unearth the mystery behind the Gulshan and Sholakia attacks, lawmen are trying to trace the fugitive militants through massive drives across the country.

Intelligence sources said many militants have fled to the neighboring countries, including India while some are giving instructions to the fellows of their militant outfits from abroad.

CID Special Superintendent (organized crime) Mirza Abdullah Hel Baki said, “More than 1,000 suspected militants were arrested since 2000. Of them, some got acquittal from the charges by court while many went into hiding”.

Some militant fugitives are leading their organisations from abroad, the CID official said adding that “The government banned at least six Islamist groups from 2000 to 2009.”

He also said that six Islamist organisations---Hizbut-Tahrir, JMB, JMJB, Shahadat-e-al-Hikma, HuJI, and Ansarullah Bangla Team have been banned as they were found linked to militancy.

Most of the militants who went into hiding after filing of cases against them or after securing bail belong to Harkat-ul-Jihad, JMB, Ansarullah Bangla Team, Hijb ut-Tahrir and Lashkar-e-Taiba, police sources said