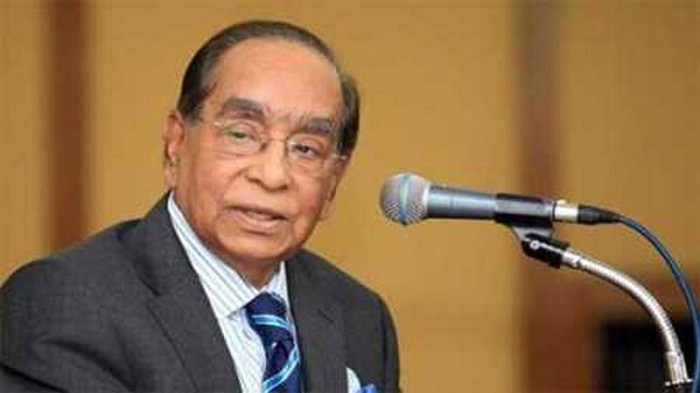 Prime minister's political advisor H T Imam said on Monday that Tajuddin Ahmed not only wanted to liberate Bangladesh but was also determined to free Father of the Nation Bangabandhu Sheikh Mujibur Rahman.

Imam was speaking at a meeting at the Liberation War Museum at Segunbagicha marking the 91st birth anniversary of Tajuddin Ahmed, prime minister of the provisional revolutionary government of Bangladesh that led the Liberation War in 1971.

Among others, Museum Trustee Dr Sarwar Ali and parliamentarian Simin Hossain Rimi, daughter of Tajuddin Ahmed, spoke on the occasion.

"Tajuddin's patriotism was strong. He had vowed to stay away from his family until the country was liberated, Imam, who had worked with Tajuddin in the Mujibnagar government, said.

He asked everybody to follow the ideals of Tajuddin and break asunder the cobweb of conspiracy that was trying to imprison the country. Dr Sarwar Ali said that Tajuddin had almost single-handedly conducted the Liberation War by neutralizing conspirators like Khondoker Mushtaque Ahmed.

Simin Hossain said Tajuddin's idealism, ethics and democratic spirit had endeared him to the nation. "Tajuddin always thought about the nation's welfare," she said.

Referring to the global wave of militancy and terror, she said, "If we are to confront it then we have to strengthen state institutions."

Letters of Tajuddin Ahmed were read there. It was followed by patriotic songs.