Urging Sheikh Hasina not to consider herself alone in her fight against terrorism, Indian Prime Minister Narendra Modi on Thursday told his Bangladesh counterpart that his country will extend all possible help to Bangladesh to fight the menace.

“India stands with Bangladesh in its fight against terrorism,” he said while along with Sheikh Hasina was inaugurating the second Integrated Check Post (ICP) along the Benapole-Petrapole part of Bangladesh-India border through videoconferencing, UNB reports.

Hasina joined the videoconferencing from her official residence Ganobhaban here while Narendra Modi from his New Delhi office.

Narendra Modi said it is very much painful for the people of India that terrorists unleashed attacks in Dhaka and Kishoreganj alongside on temples, priests and common people during the holy month of Ramadan.

Extending sympathy and condolences of the entire Indian nation to the family members of those innocent victims of the terror attacks, the Indian Prime Minister said, "The entire India is beside you (Hasina) in this toughest time."

Lauding the successful and firm leadership of Hasina in tackling this tough situation, he said, "You (Hasina) never ever consider yourself alone in your fight against terrorism; rather the support of full of India is beside you."

Modi also told her Bangladesh counterpart, "In your (Hasina's) fight against terrorists, India is always ready to extend all sorts of support."

He said the inauguration of Petrapole checkpost will not only promote bilateral trade but also boost economic growth of both the countries. "Eight such integrated check posts along Indo-Bangladesh border will set up in the future," he added.

The Indian Prime Minister said the flourishment of India is associated with all the neighbouring countries while Bangladesh and India are both advancing towards progress.

Terming the setting up of integrated check post between Benapole and Petrapole land ports an 'important milestone', Narendra Modi said this would also boost people-to-people ties between the two countries.

He said the Petrapole-Benapole land border crossing is an important one for India and Bangladesh as 50 percent of the bilateral trade passes through this while trade worth more than Rs 15,000 crore took place through the Petrapole ICP in fiscal year 2015-16. Besides, some 15 lakh people travel through these two land ports every year.

The integrated check post will also serve to foster greater economic integration and connectivity between the two countries. Petrapole ICP will aim to provide better facilities for effective and efficient discharge of functions such as security, immigration and customs. It will also provide support facilities for smooth cross-border movement of people, goods and transport.

In her speech, Prime Minister Sheikh Hasina termed the event another special and memorable day for Bangladesh and India, saying it would open up a new horizon in cooperation of bilateral relations in the region. "The day is also very significant in terms of mutual exchange between Bangladesh and India," she noted.

She mentioned that the governments of both the countries have already taken various initiatives to further boost the trade ties between the two countries and make the relations sustainable.

In its continuation, she said, infrastructures conducive to trade and commerce have been built at Benapole-Petrapole point.

The Bangladesh Prime Minister hoped that the mutual trade and commerce would further be strengthened following the inauguration of the the ICP at Benapole-Petrapole point.

She hoped that recent development of the infrastructures there would ensure completion of trade-friendly service-oriented activities between the two countries.

About the impact of the newly built integrated check posts, Sheikh Hasina said it would not only expand trade and commerce but also play a role in strengthening inter-connectivity between the two countries.

"Besides, it will help complete all immigration formalities of the visitors travelling to and from India more quickly than before," she said.

Expressing the hope that the existing bilateral ties would remain beautiful and harmonious, she said: "We want to resolve any problem through bilateral discussion ... we want to build this relation more beautifully."

Pointing out that the ICP at Benapole-Petrapole point was very much essential in the interest and welfare of the people of the two countries, she said "Banijya Basati Lakkhi" (business brings fortune).

Underscoring the need for strengthening connectivity in the region through Bangladesh-Bhutan-India-Nepal (BBIN) Motor Vehicle Agreement and setting up BCIM Economic Corridor, Hasina said the people of the region will mostly benefit from the enhanced connectivity.

She thanked Indian Prime Minister Nariendra Modi and West Bengal Chief Minister Mamata Banerjee for setting up the ICP at Petrapole according to the earlier commitment.

She also greeted the people of Bangladesh and India as both the governments have successfully implemented the initiatives to further enhance mutual communication between the friendly people and businessmen.

The West Bengal chief minister said, “Today is a historic day. It reminds me again that Ekush (21) does not end with any movement only, Ekush talks about development, too.”

She said said Benapole-Petrapole Land Port started its journey afresh. “A new horizon has opened up in the field of trade and business through establishment of such a big port.”

Mamata said her state government has taken a decision to set up a police station at Petrapole to maintain law and order in the area.

She said the relations between the two neighbouring countries are everlasting like the flow of the Ganges, Padma and Teesta.

The Integrated Check Post will facilitate easy movement of goods and passengers across the border.

The Integrated Check Post at Agartala along the Akhaura-Agartala was the first of seven Land Custom Stations along the Bangladesh-India border, being upgraded by the Land Port Authority of India. It was inaugurated in November, 2013. 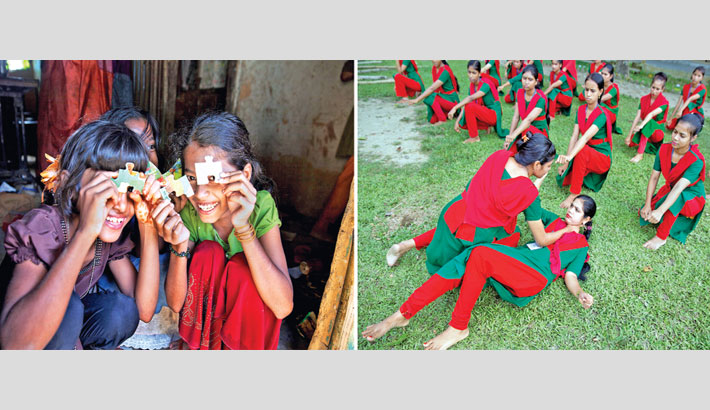 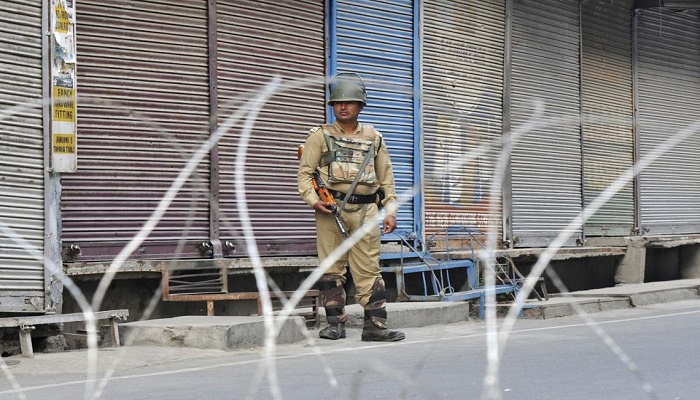 144 children held in Jammu and Kashmir after Article 370 move: Report 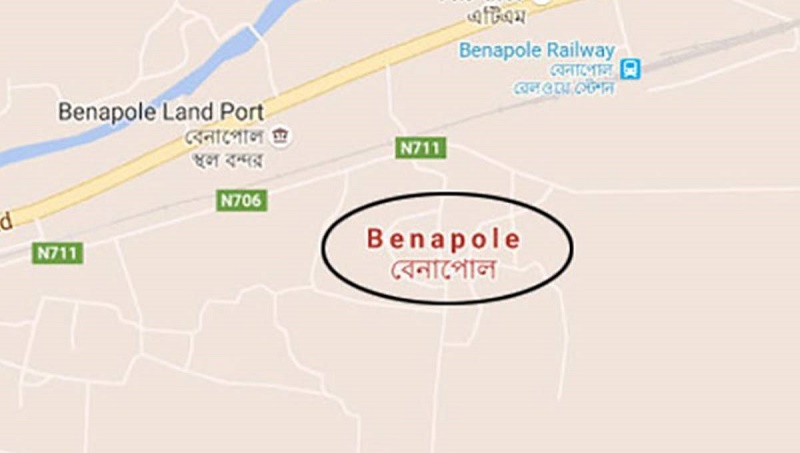 ‘Bangladesh ready to use SSC for ICPD goal achievement ’ 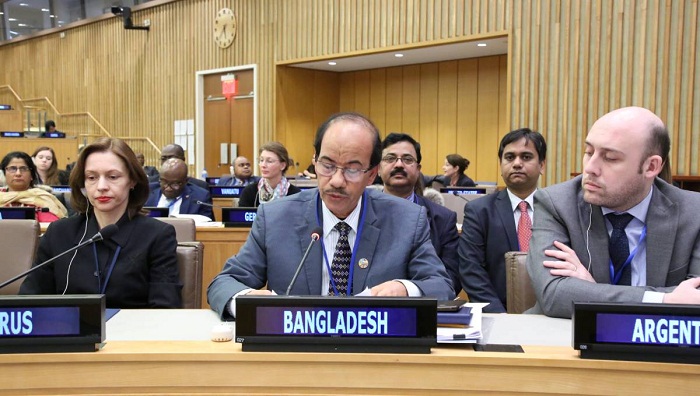 ‘Bangladesh ready to share its best practices in population, development’ 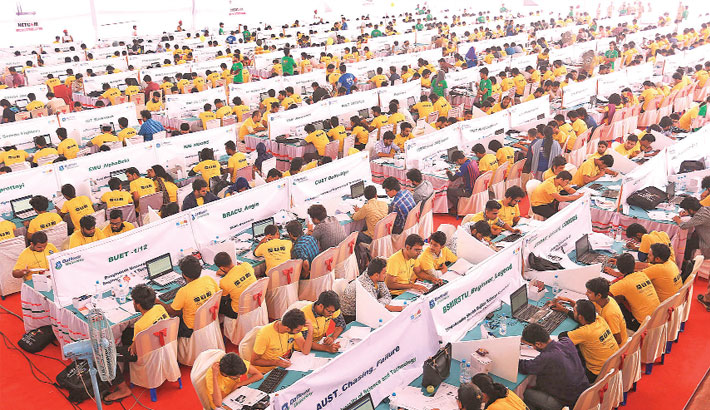 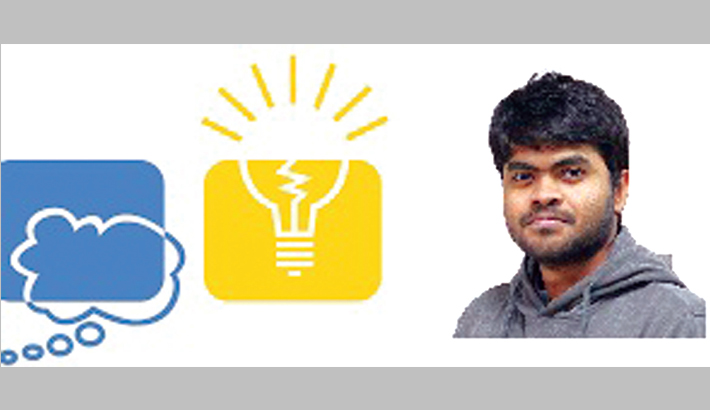 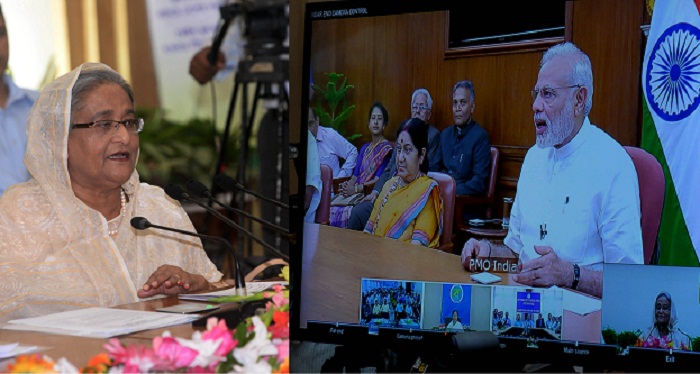 None could thwart pace of development: PM