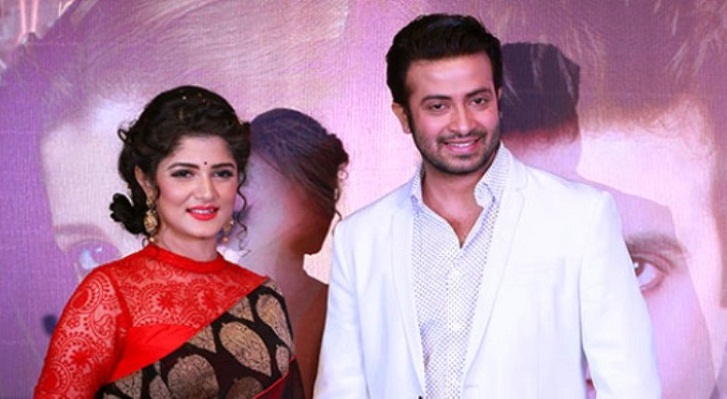 Dallywood’s Shakib Khan starred ‘Shikari’, a joint venture film of Bangladesh and India, continued its ruling in the box office on the 3rd day of its release as people are still on a mood to celebrate Eid with a theatre experience.

Another joint venture ‘Badshah- The Don’, starred by Jeetendra Madnani of India and released on the same date, is also doing fairly well on the second day of its release.

‘Shikari’ has earned Tk 1.5 crore on the first two days in the box office while ‘Badsha - The Don’ Tk 40 lakh. The budget of ‘Shikari’ and ‘Badsha’ were approximately Tk 4.05 crore and Tk 6 crore respectively.

‘Shikari’ continued its fantastic run for the third consecutive day on Saturday. The film got ‘packed house’ in most of the theaters.

Fakrul Khan Ravin, who could not buy any ticket after a long queue at a movie house in Sylhet, wrote in Facebook, “[SIC] In my life first time I wish to see the Bangla movie in Hall (Shikari) but unfortunately when I was arrived in Sony cinema hall for 6pm show, I see the worst thing in my life [SIC].”

Srabanti Chatterjee from India is co-starring Shakib in ‘Shkikari’ while Nusrat Faria from Bangladesh co-starring Jeet in ‘Badshah -The Don’.

Two other Shakib-starred films released on the occasion of Eid -- ‘Mental’ and ‘The Samraat’ - fetched Tk 1.87 crore and Tk 59 lakh respectively in the box office.