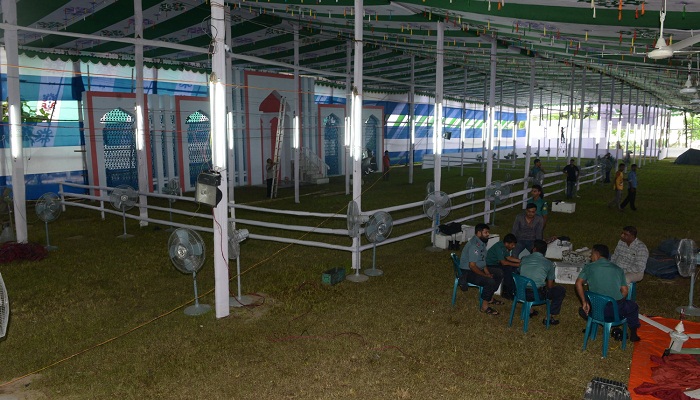 Dhaka Metropolitan Police (DMP) Commissioner Asaduzzaman Mia on Tuesday said people will not be allowed to carry bags into the National Eidgah while joining the Eid-ul-Fitr jamaat.

The DMP chief came up with the announcement while talking to journalists after inspecting the security measures at the National Eidgah in the capital’s High Court area around 11am.

Though there is no threat centring the Eid-ul-Fitr celebration, the law enforcement agencies will remain alert to ensure security to people, he noted.

Check posts with archways and metal detectors will be set up at all the entrances to the National Eidgah, and all the people entering the premises would face frisking at the gates, he added.

Besides, adequate security measures have been taken for all the Eidgahs and mosques were Eid jamaats will be held, said the DMP Commissioner.

Asked about the threats of further terrorist attacks in the country circulated through social media, he said they neither believe the information of social media, nor ignore those.

A specialised team of Counter Terrorism and Transnational Crime (CTTC) unit of the Dhaka Metropolitan Police (DMP) has been monitoring the social media, added Asaduzzaman Mia.