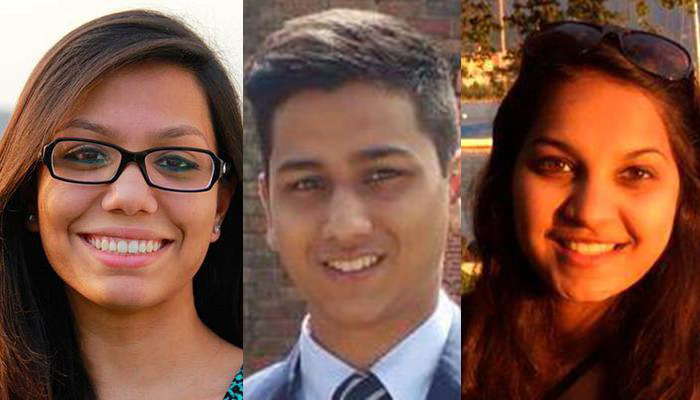 Three students of different US universities were among those killed in Friday’s attack on Holey Artisan Bakery in the city’s Gulshan area.

Among the students two-- Faraaz Hossain and Abinta Kabir-- were the students of Emory University, while Tarishi Jain, an Indian girl, was a student of the University of California, Berkeley, reports UNB.

Tarishi Jain, a daughter of a textile merchant based in Dhaka, came here for an internship from the college that began in early June. She was intending to major in economics at Berkeley.

Security forces on Saturday recovered the bodies of 20 foreign nationals launching a commando operation at the restaurant when six attackers and two policemen were also killed after terrorists held hostage a good number of people in it.

Thirteen people, including a Japanese citizen and two Sri Lankan nationals, were rescued during the drive.