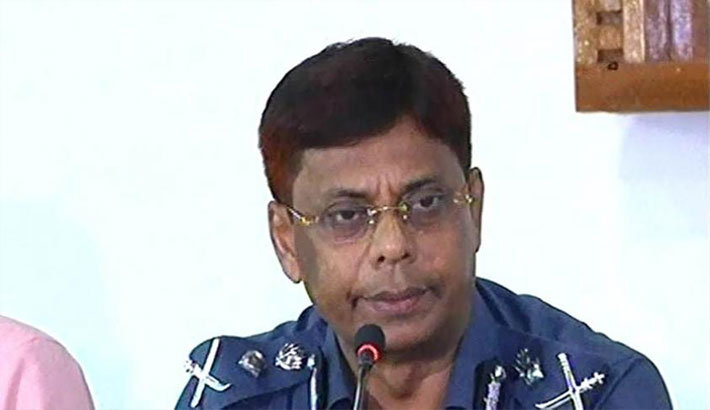 Inspector General of Police (IGP) AKM Shahidul Hoque on Sunday said the five militants whose identities have been made public after the Gulshan restaurant attack, have links with the banned militant outfit Jamaat-ul-Mujahideen Bangladesh (JMB).

The IGP came up with the information while talking to reporters after visiting two injured police constables-Alamgir and Kabir-- injured in the Gulshan attack, at Dhaka Medical College Hospital (DMCH) in the afternoon, reports UNB.

The attackers whose images were published were involved in militant activities and their identities were found. Police are working to dig out more information, he said.

Earlier on Saturday, security forces recovered the bodies of 20 foreign nationals launching a commando operation at a café at the city’s Gulshan when six attackers and two policemen were also killed after terrorists held hostage a good number of people in it.

Thirteen people, including a Japanese citizen and two Sri Lankan nationals, were rescued during the drive.

Police headquarters disclosed the names of the deadly attackers on Saturday night.

Among the six attackers, five were identified as Akash, Bikash, Don, Badhon and Ripon while identity of the rest one could not be confirmed.