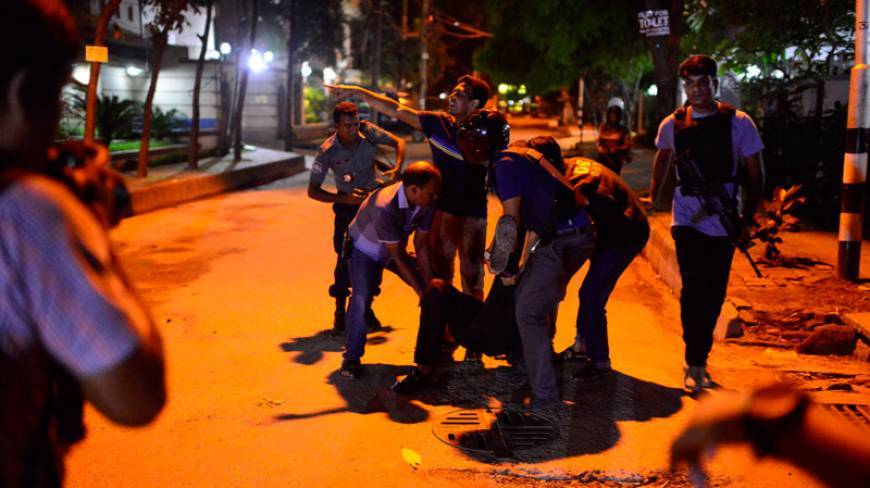 Six Italian nationals who were in Holey Artisan Bakery to take their dinner are still traceless, colleagues of the missing claimed today.

However, earlier the ambassador of that country to Bangladesh said at least seven national of his country are in missing.   A buying house Studio tex limited said on today morning their six employee is in missing. Two officials of that organization demanded about their whereabouts.

Admin manager of Studio Tex Faruk Alam Khatib and Monohor said, the missing six are Vansej Ju, Nadia Benditi, Adil, Marko, Maria and Chimoni. They informed that, they were come to Bangladesh before 3-4 days. They also take their lunch in the same restaurant on Friday.