What we know about Holey Bread 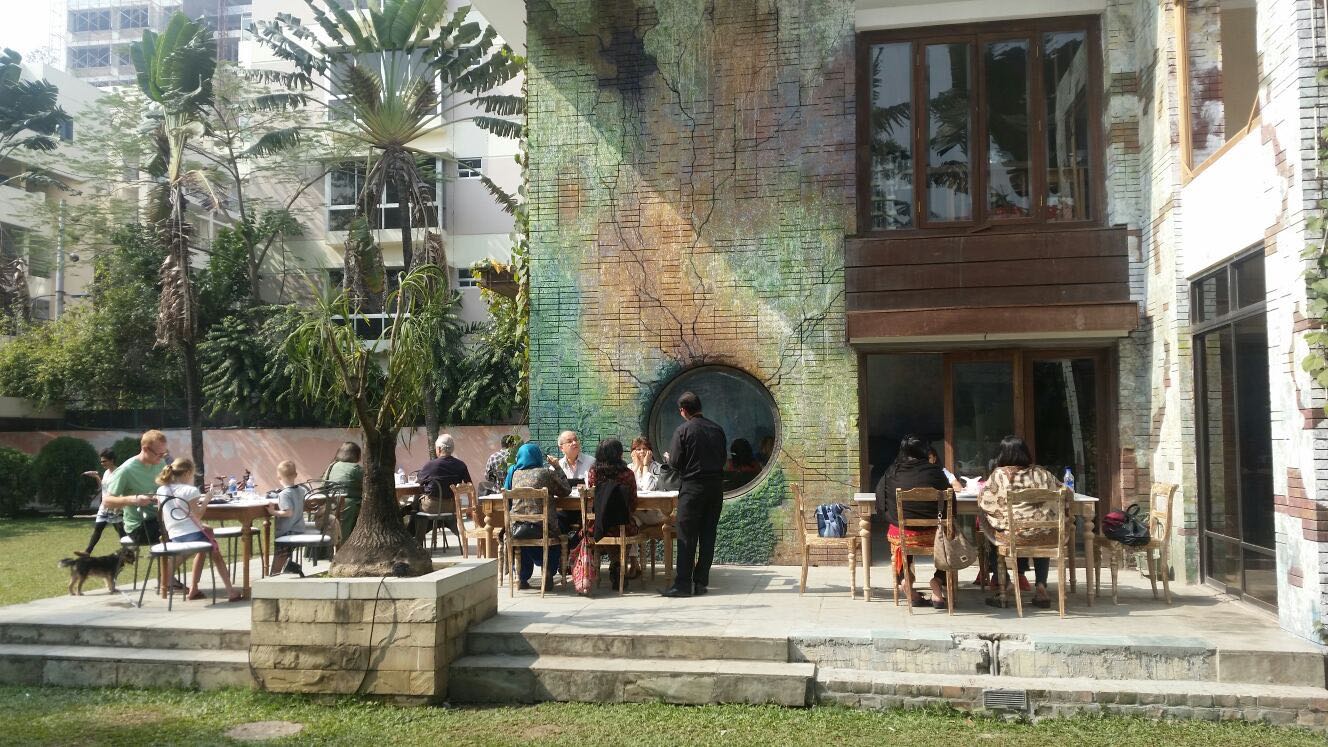 'Love the ambiance and sitting arrangements. The food tastes so fresh that it has become one of my frequent spots. Short and and well articulated menu. Well trained staffs. Fresh bakery goodies...,' this how one of the regular customer has described Holey Artisan Bakery, shortly self-described as 'Holey Bread' on TripAdvisor review, the restaurant in the Capital's diplomatic zone currently under seize by Islamic State gunmen.

On Friday night around 8.45 PM, just fifteen minutes before the closing time of the cafe, about 8 Islamic State gunmen fired gunshots and detonated explosives and took over a number of people hostage, setting off a bloody standoff with the police. At least two police officers have gunned down, 30 wounded mainly from shrapnel and over 20 others being held hostage in the cafe popular with expatriates, diplomats and middle-class families. It is in the Capitals affluent Gulshan neighborhood.

Launched on 15 June 2014, the daytime bakery and evening Spanish eatery is 'tucked away at the end of Road 79 facing the Gulshan Lake, a sprawling garden with a Mediterranean style café selling freshly baked, hot breads, pastries, pies and cakes with an array of coffees', as described by ICE Today. The cafe is very close to Lake Shore Clinic and several foreign embassies.

One customer at TripAdvisor notes that, 'this place is surrounded by iron wall and placed next to hospital. Before entering the iron gate, I didn't have high expectation. But when I entered into the green garden inside that gate, I felt like being in a secret garden of Dhaka.'

The bakery owned by a couple and one of their friend shortly describes it on its website and Facebook page as 'Holey, The only truly Artisan Bakery Shop between Mumbai and Singapore, located right here in Dhaka.'

The Lillian-Porag couple and their friend Mr. Sadat Mehdi engaged UK based famous bread consultant Maurice Chaplais to design and launch their own baking house in Dhaka. With his 15 years of experience in artisan bakery Mr. Maurice helped to launch this cafe in Dhaka's affluent suburb.

Within short period after launching, 'Lets Go To Holey' became a common expression among expats and affluent urbanites in the diplomatic zones.

According to reviews by foodies, recently the trio was planning to create a diverse range of cuisines that will be served for breakfast, lunch and dinner within the same premise.

But the attack on Friday night came as a shock for everyone familiar with the artisan Bakery. Since the news started to spread, regular customers posted images of their recent visit to the cafe on social media.

Condolences and prayer started to pouring in on the Facebook page of the Bakery. 'Praying for you all. May the Lord have mercy on you and protect you! So sad this is happening.' wrote one Gary Eberly from Pennsilvania, USA.

Before the Saturday dawn, when this report was filed around 2:25 am huge number of policemen and Rapid Action Battalion (RAB) members had cordoned off the area and gunshots were still being heard. The police said, they've heard of commandos from the Nave are preparing to take actions.

Benazir Ahmed, chief of the Rapid Action Battalion, said the police is trying to resolve the crisis peacefully. “We believe we can resolve this peacefully,” he told reporters on the spot.

He also called upon the television channels not to telecast the drive live in the national interest.