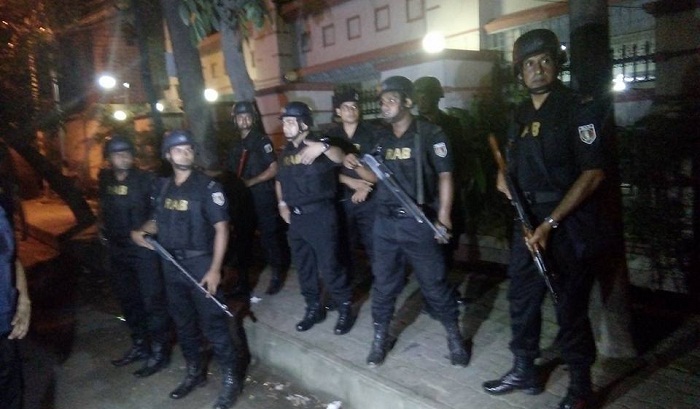 Law enforcers are taking preparation for all out operation against the criminals who have seized the city’s Holey Artisan Bakery on Road 79 at diplomatic zone in Gulshan-2 at early Friday night. The criminals also took the customers of the restaurant hostage.

An unconfirmed report said among the hostages at least 20 persons are foreigners.

Meanwhile, Officer-in-Charge of Dhaka's Banani Police station Salah Uddin has been killed in the gunfight with the hostage-takers as police tried to enter in to the restaurant earlier.

Earlier, around 20 people, including several policemen, were injured as an exchange gunfire broke out between police and gunmen who stormed into a Spanish restaurant and took inmates hostage, UNB reports.

Three of the injured-- constables Alamgir, 26, and Pradip, 28, and Abdur Razzak, a microbus driver-- were taken to Dhaka Medical College Hospital.

An assistant commissioner (patrol) of Dhaka Metropolitan Police (DMP) told UNB that the gunshots erupted at the restaurant at about 9:15pm after police rushed in on information.

He said the criminals opened fire at the law enforcers from inside the restaurant, leaving many injured.

Members of law enforcement agencies, including police, Rab and Border Guard Bangladesh, went to the spot and cordoned off the restaurant.

All the surrounding roads were also blocked.

Talking to reporters at the spot around 11:15pm, Director General of Rapid Action Battalion Benazir Ahmed said several gunmen barged into the restaurant after evening.

He, however, said the criminals allowed some of the restaurant employees to come out.

Benazir said they would try to talk to the criminals and resolve problem in a peaceful manner as it is their first choice.

He also called upon the television channels not to telecast the drive live in the national interest.