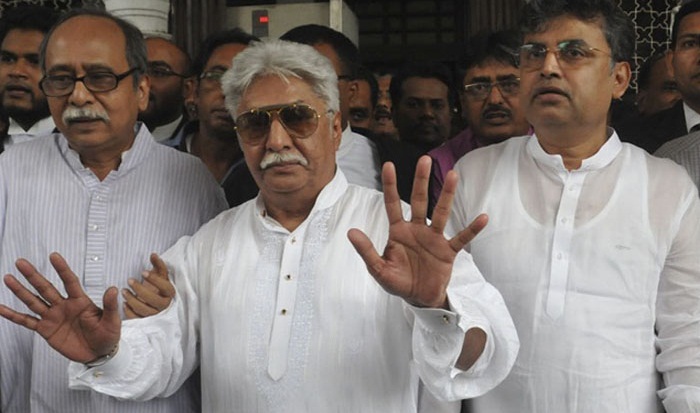 The notice said the vernacular daily published a column written by Muntassir Mamoon on June 20 where he described Gobinda Pramanik as the religious affairs secretary of Jamaat-e-Islami.

Terming Muntassir Mamoon an ‘intellectual fraud’ and Masud and Swadesh his associates, the notice said they intentionally defamed Gobinda through the article.

It also demanded Tk 4 crore as compensation from each, asking them to pay the compensation within seven days from receiving the notice.

It was mentioned in the notice that the trio was asked to offer apology by June 27 at a press briefing at Dhaka Reporters Unity earlier. As they did not respond to the call, the notice was served on them.