Mitu’s son begged for her life 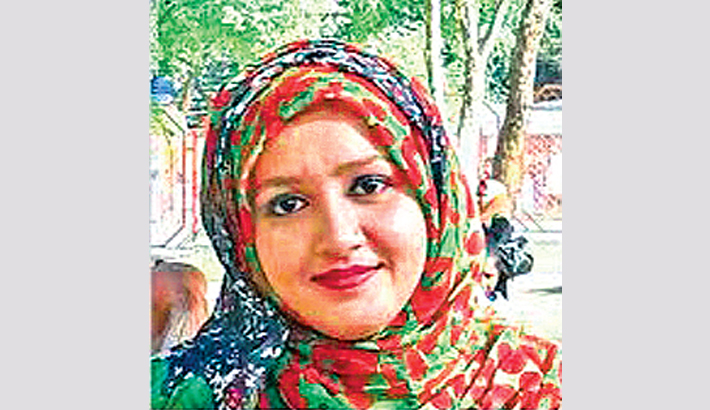 CHITTAGONG: A total of eight people were involved in the killing of SP Babul Akter’s wife Mahmuda Akter Mitu. Seven of them, including the main plotter, were present during the killing.

Mitu’s seven-year-old son, who was accompanying his mother, begged for the life of his mother holding the leg of one of the killers, identified as Nabi. But he was pushed aside by plotter Abu Musa, a source of police, while others hacked and shot Mitu dead in the early morning of June 5.

The two arrestees — Md Motaleb alias Wasim, 27, and Anwar Hossain, 28, — disclosed this in their confessional statements made under section 164 before the court of Chittagong Metropolitan Magistrate Harun-Ur-Rashid on Sunday night.

The court recorded 14-page statement of Wasim and 10-page one of Anwar, said sources in the court.
The accused disclosed the names of six others -- Abu Musa, Nabi, Rashed, Kalu, Shah Jahan and Ehteshamul Hoque Bhola.


In the statements, they said Abu Musa plotted the killing and hired others in exchange for money.
Wasim, Nabi and Abu Musa, who is known as a good source of SP Babul Akter, directly took part in the killing, Bhola supplied the firearm while others were in and around the killing spot as backup force, they said.

In his statement, Anwar said they came to the GEC intersection before the killing that took place at around 6:33am on June 5.

As the victim reached the spot, Nabi first stabbed her from behind and when the victim turned around, he started hacking her indiscriminately.

“Noticing the incident, the boy (7-year-old Akter Mahmud Mahir) grabbed the leg of Nabi and begged him to spare his mother,” said the sources quoting Anwar’s statement.

At that time, Musa took the boy aside for completing the mission. After chopping her with sharp weapon, Wasim shot Mitu with a pistol, said Anwar.

But, in his statement, Wasim denied shooting Mitu and said he fired a blank shot. Musa then took the pistol from him and shot Mitu dead.

CMP Commissioner Md Iqbal Bahar, however, in a media briefing on Saturday said Wasim confessed during the interrogation that he had shot the victim himself.

After completing the mission, the killers fled by a motorbike that Musa drove and left the bike behind in Badurtala area.

They said Mitu was not known to them. Only after watching television, they came to know that the woman they murdered was wife of SP Babul Akter.

“After knowing it, I phoned Musa. Musa asked me to keep mum and threatened to implicate me in the murder case otherwise. I got scared since Musa was a ‘big’ source of police,” said Wasim.
However, the arrestees didn’t tell anything about the motive of the killing in the statements, the sources said.

On June 5, assailants chopped and shot Mitu dead while she was escorting her son to his school bus at GEC intersection, near her residence at OR Nizam Road, at around 6:33am.

Her husband SP Babul Akter, who had been playing a significant role in combating militancy and terrorism in Chittagong, was promoted to SP and transferred to Police Headquarters in Dhaka recently.
Police earlier arrested two accused identified as former Shibir men Abu Nasar Gunnu and Shah Jaman Robin in the case. They were sent to jail after interrogation in remand.

However, mystery shrouded the findings of the investigation as police in formal media briefing on Saturday said they are yet to unveil the motive behind the killing after the high-ups in CMP earlier claimed to have almost completed the investigation.