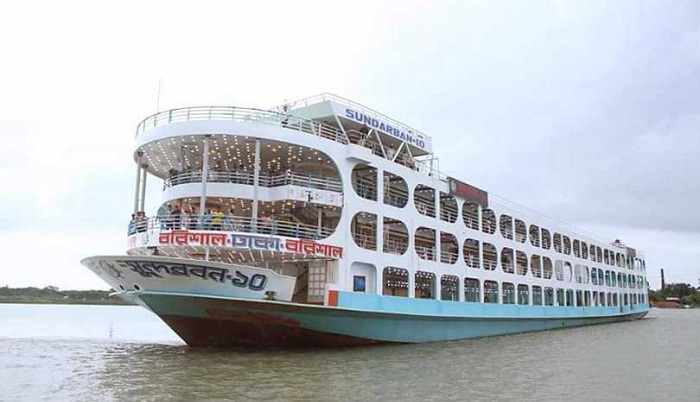 A well-fitted passenger launch, claimed to be the country's ever best in terms of size and comfort, makes its maiden voyage on Saturday night to Barisal from capital Dhaka, official said.

"This is another milestone in private sector ferry service that would connect two major cities of the country," the industries minister said as the chief guest on the occasion.

The four-storey launch is 300 feet long, 50 feet wide and fitted with modern amenities like lift and wi-fi uncommon in other vessels on the route.

Built at a local dockyard over a period of nearly three years, Sunderban-10 will operate every alternate day from Dhaka and Barisal and cross the night journey in five hours, company sources told BSS. Fare for each trip would vary from Taka 1,000 to Tk 6,000 depending on the size and facilities of the cabins.

Company sources said the Launch, which is capable to carry 1400 passengers and significant cargo, will be operated hydraulically and can move forward under deep fog conditions guided by a modern radar. Close Circuit (CC) cameras have also been installed to ensure passengers security as well as Echo Sounder to measure river depth to avoid submerged shoals.