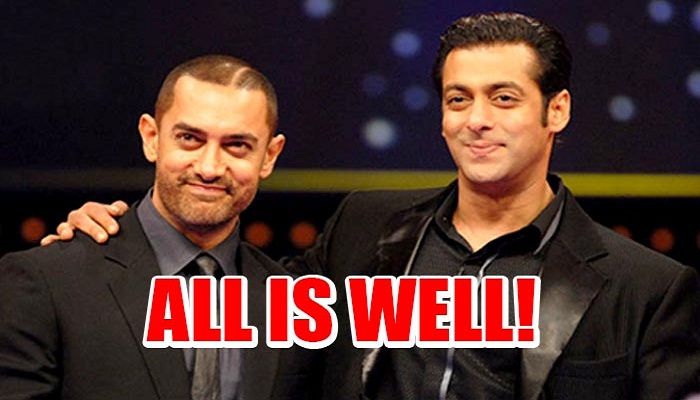 Aamir Khan has lost oodles of pounds that he gained earlier for the film Dangal.

Ready to portray young Mahaveer Singh Phogat, the 51-year-old gave his first shot on Thursday and spoke to the media at length about similarities with how he shed all the weight.

Salman is essaying Sultan Ali Khan in Sultan and the one thread that links the two films is wrestling. The two superstars also gained a lot of weight for their films.

Revealing what he feels about it, Aamir said, "I am a Salman fan. He has always been muscular and donned the perfect body since the beginning. Salman is ideal when it comes to fitness. I've only tried to come close to him.

He is the original body builder."

Talking about the clash of Sultan and Dangal, he said that the stories are different and wrestling is the only similar aspect.

Delving details about how he lost all the flab, Aamir disclosed, "If you lose 1000 calories in a day, it makes it two pounds less. During the initial days, I lost 2500 calories. I used to eat a lot, but I used to do activities for six hours which included weight training, weight lifting, swimming and cycling."

"I used to sleep for 10-12 hours but burned four pounds in the initial week. But that is not healthy. It is okay to burn two pounds in a week. I did it only because I had a professional commitment," he added.

Aamir also shared that Kripa Shankar was the one who trained them. "We took special permission for the training. His contribution towards wrestling in the film is immense."