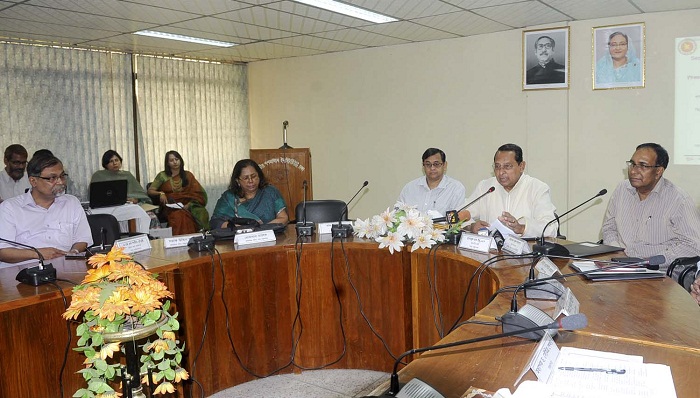 Country's radios and televisions have been suggested to air reports on information and communication technology (ICT) under special subhead in their respective news bulletins.

Information Minister Hasanul Huq Inu urged this on Thursday while speaking at the closing ceremony of a workshop for media personnel at National Institute of Mass Communication (NIMCO) at Kalyanpur in the city, reports BSS.

"ICT related reports demand coverage with importance along with national, international, business and sports news keeping pace with the demand of the time and the forward march of digital Bangladesh," Inu said.

The minster urged the mass media to make and air information based programmes on ICT in addition to news reports.

He said the mass media can play a pioneering role in taking forward the successful application of the blessings of ICT in Bangladesh and Prime Minister Sheikh Hasina's initiatives to uproot militancy and terrorism.

The people have the right to know how the government is taking forward the country using the blessings of ICT and protecting the country from militancy and terrorism, he added.

The information minister said the government has given special importance to ICT sector to attain Sustainable Development Goals (SDGs).

This sector will generate employment opportunities for a large number of people and play a big role in earning foreign exchange, he added.