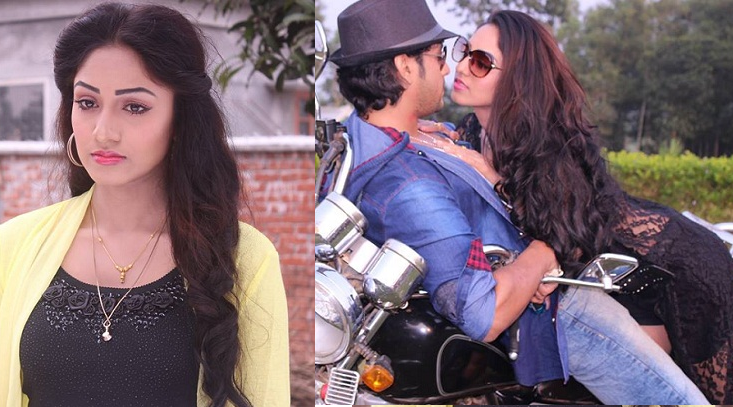 Actress Raka Bissash in a still of the film

Director Mizanur Rahman Shamim started to make his first film ‘Moronnesha’ last year. Now he has changed the name of the film into ‘Oporadh Jogot’.

When he was asked about this, the director said, “At first we started the shooting of the film in the name of ‘Moronnesha’, but later we found that the name of the film does not suit with the story. So we changed the name into ‘Oporadh Jogot’.”

This is the first film of Raka Bissash too. The actress said, this is my first film, first confidence. The film is also a turning point of my career. I have many expectations with the film.