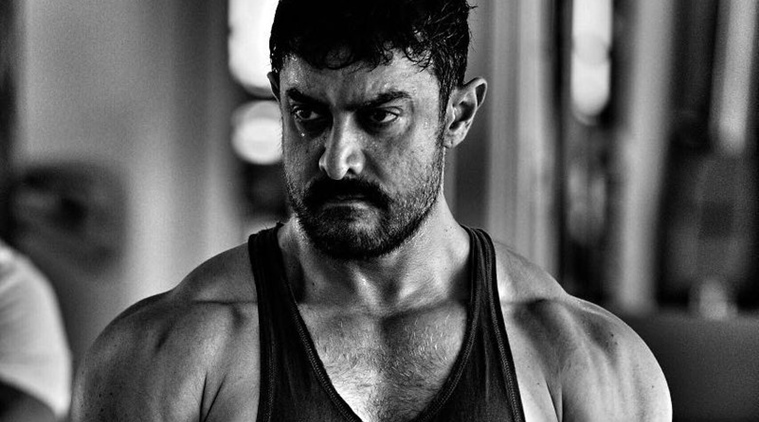 True to form, perfectionist Aamir Khan yet again presents his best ‘look’ forward for his role in the upcoming film Dangal. The actor is all set to wow his fans with his fighter avatar for the biopic on Indian wrestler Mahaveer Phogat, in which he plays the protagonist.

The dedicated actor, who has often surprised audiences with his dramatic transformations, took to Twitter to unveil his beefed-up look.

Aamir captioned the image, clicked by celebrity photographer Avinash Gowariker, as: “2 days to go before I shoot for young Mahaveer…. @avigowariker”.

In the movie, the actor showcases the different ages of the wrestler and has been undergoing rigorous workout sessions for the same. He had to previously gain weight — going from 68 kg to 93 kg in six months — for his role of the ageing wrestler during the first phase of Dangal’s shoots.

Following that, the 50-year-old actor had a weight loss target of 25 kg, before he could begin shooting for the next phase. The PK star has now met his goal and is all set to kick-start the next schedule in two days.

Dangal is being directed by Nitesh Tiwari and is scheduled to release on December 23, 2016.